Grace Chan Ready to Give Birth in February? 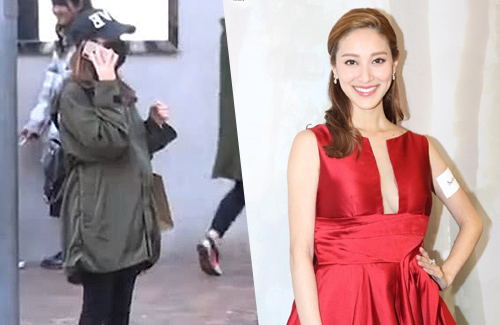 Since announcing her pregnancy in November, Grace Chan (陳凱琳) has been vague about her due date. But the 27-year-old expectant mom held a baby shower this week and invited her good friends to attend, which shows that she is due soon. Grace may be further along than expected, with a Hong Kong media outlet speculating that she is already nine months pregnant and will be due in February.

The paparazzi photographed Grace shopping on the street recently. Although wearing a black cap and face mask, Grace can still be recognized. Her protruding belly was obvious through her green coat. Similar to many petite women and first-time moms, Grace is carrying small considering that she is already in her ninth month of pregnancy. Her movements are fluid and she moved easily on the crowded streets as she went up to a bubble tea shop to buy a drink.

Grace and Kevin Cheng (鄭嘉穎) got married in Bali, Indonesia last August. At the time, there was gossip that the couple rushed their wedding because Grace was expecting, but the actress quickly shot down the rumors. In November, the couple announced they are expecting their first baby and later revealed it would be a boy. An attentive husband, Kevin has slowed down his work to make sure Grace is comfortable during her pregnancy, often simmering homemade soups for her to keep warm in the chilly weather. With the arrival of Lunar New Year next week, Grace and Kevin may be the first Hong Kong celebrity parents to welcome their baby pig! 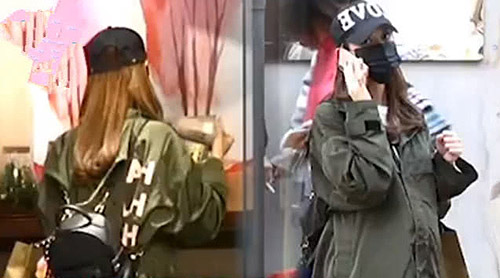 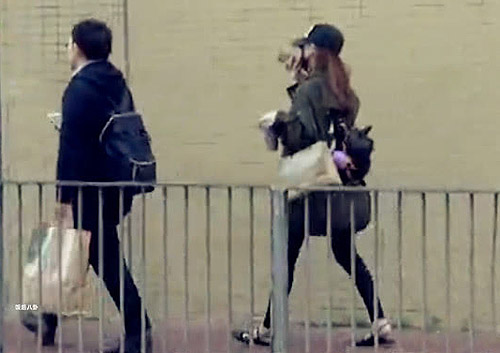