Shirley Yeung (楊思琦)  fell in love with ex-national Hong Kong diver Andy Ng (吳帥) and heartlessly dumped boyfriend of 9 years, Gregory Lee (李泳豪). However, in recent days, Andy was exposed to be heavily in debt and an “empty shell” who pretended to be wealthy all along. Shirley Yeung, who was suspected to have “boarded the wrong pirate ship” had no choice but to prepare her own marriage dowry all by herself. The night before yesterday, Shirley discreetly made her way to Shenzhen event to “dig for gold.” However, at the event, she was criticized by fans that her singing was terrible and her back was so stiff like as though she was pregnant.

As Gregory was nursing his heartbreak, his two beloved dogs fell ill and died one after another. Gregory’s father, Lee Ka Ding (李家鼎), who was afraid that Gregory would be struck by melancholy and would be depressed all over again upon seeing other dogs, planned to return Shirley’s six dogs back to the Yeung family. However, Ding Yeh, remarked that Shirley’s mom would definitely send those dogs to the SPCA.

Shirley Yeung crudely broke off all love ties with boyfriend of 9-years, Gregory Lee, and admitted to currently dating new love, Andy Ng. Shirley’s unfaithfulness to love and lousy method of handling led to a blasting by Gregory’s family and thousands of fingers pointing at her by the public.

Although Andy was strongly supported by his ex-teammate, Yu Yue, as having stayed before at Kennedy Road and even supporting that Andy’s father was a mining businessman; however, there was solid evidence to prove that Andy was sued in the Small Claims Tribunal Court over a debt amounting to tens of thousands in 2006. There were also allegations that Andy was heavily in debt due to his borrowings to court Shirley, resulting in finance companies chasing after his doorstep!

In fact, Andy Ng lived in a room in a unit of a public housing estate of Hung Hom district and loved going to Shenzhen Night Clubs. Not only was Andy not handsome, he was even reputed to be a guy who faked his wealth! It’s no wonder Gregory’s dad, Lee Ka Ding, severely criticized Shirley for “boarding the wrong pirate ship”!

Andy Ng had allegedly kept his debt problems well under covers, hence Shirley Yeung who was suspected to be already pregnant with his child, couldn’t turn back time and reverse things and thus had no choice but to keep her head down and focus on working hard, in a discreet manner, in hopes of raising funds to buy her own wedding dowry.

Two nights ago, Shirley Yeung sneakily went to Shenzhen and attended two events to “dig for gold.” First attending a ribbon-cutting opening ceremony for a live seafood restaurant and then performing some songs on stage at night. It was apparent that Shirley was giving it her best and though she even walked in front and took her own initiative to shake hands with the audience to create some stage atmosphere. However, it was a pity as her smile was incredibly forced and was even criticized online by her fans as having a bad complexion and a terrible singing voice. Most importantly, her fans remarked that the way Shirley walked was undoubtedly stiff, leading them to speculate whether she may indeed be pregnant, clearly an unsuccessful performance which didn’t sit very well with the audience.

The day before yesterday after “digging for gold” at Shenzhen, Shirley went to a veterinary clinic yesterday at Kowloon City to shoot for her TVB show, <宠爱有加>. After she wrapped up filming at 2 PM in the afternoon, Shirley emerged out of the veterinary clinic with a smile. When asked someone dedicating a song to Gregory under the alias of “CK” on radio program, <轻谈浅唱不夜天> and that the song happened to be Boran Jing’s song, Where Has the Love Fallen To <爱情掉在哪里>, Shirley who seemed to be mentally prepared for this, said, “I did not dedicate any song to him, it wasn’t me.”

With regards to Andy living in a room in a unit of a public housing estate in Hung Hom, using  people, staying in their homes and at the same, stealng their items, Shirley declined to comment, “Will not comment on other things.”

Gregory’s Unhappiness One Followed By Another

On the other side, Gregory continued to despair. Earlier on, the 17-year old stray dog that he adopted had unfortunately passed away. Gregory, who had not updated his Weibo after the break up with Shirley, announced a piece of bad news yesterday afternoon through Weibo, “Blackie [my dog], who had accompanied my father and I for 16 years now, has left this world. Hope that you will continue to live happily in heaven.”

Blackie was the beloved dog that Gregory and his dad raised together. Yesterday, Gregory’s father, Lee Ka Ding, had a hard time concealing his sadness during the interview. After he learned that the heart-broken Gregory had posted up this matter on his Weibo, Ding Yeh got more worried. Ding Yeh asked, “Gregory has posted this matter up on the net? I had no knowledge about that, he has been upset for a period of time now and now that this happened, I am of course more worried than ever that he would imagine things. We raised Blackie for 16 years now, he was already old in age and had plenty of illness, he had no appetite and refused to eat for 7 to 8 days now. We sent him to see a vet, Blackie died due to a kidney failure.”

Netizens Blast Andy Ng for Being a Coward

Although Shirley had broken upwith Gregory, Gregory still affectionately took great care of her six dogs. Ding Yeh revealed that Gregory would often pick up the feces of the dogs himself and spent a lot of time with the dogs everyday to take better care of them. Ding Yeh continued, “I did ask Gregory to send the dogs to Shirley. However he was worried that Shirley’s new residence did not allow the keeping dogs. Shirley’s mom would definitely send the dogs to the SPCA. If no one wants to adopt them within one week, they will then be put to sleep (euthanasia)”

Ding Yeh was worried that Gregory will be hurt six times in the future when Shirley’s six dogs eventually die. Gregory’s father added that when Gregory looks after these six dogs now, he would still inevitably think of their owner (Shirley) and it would invoke all these memories and make him more hurt and upset. Although Gregory’s two dogs fell ill and passed away one after another. Gregory won the hearts and support of netizens, as of yesterday, there were many Weibo messages left on his wall asking him to “add oil”.

Whereas, on the contrary, Andy Ng’s Weibo was full of scoldings by netizens until they were numb. The netizens also reprimanded him for leaving all the remains of the scandal for Shirley to handle all by herself. Netizens chided Andy that if he has the ability, come out where everyone can see him and not to cower behind the computer screen and release some hidden arrows. Ah K: Although the headline and content of this article mentioned about Gregory’s two dogs who passed one after another, I could only find references of one dog from this article – Gregory’s dog, Blackie, who died from a kidney failure.

Does anyone know whether Gregory had a dog who died prior to Blackie?

Anyway, this whole matter is starting to be a little bid absurd, what has Gregory and Shirley’s failed relationship got to do with their dogs?

Instead of Gregory and Shirley, their family and the alleged third party, Andy Ng, the focus seemed to have shifted from humans to dogs. 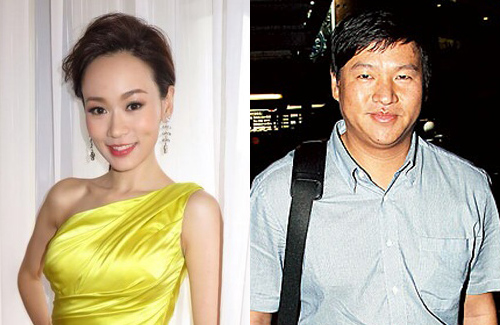 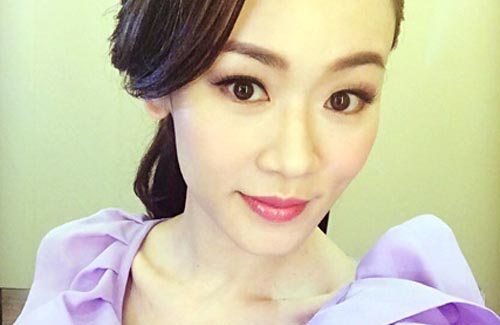 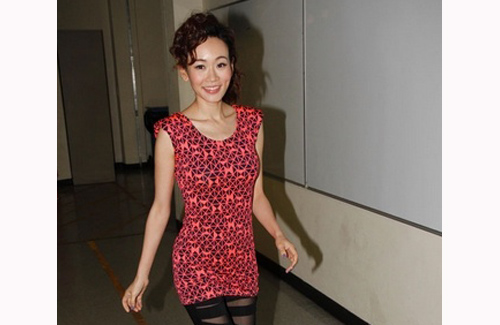 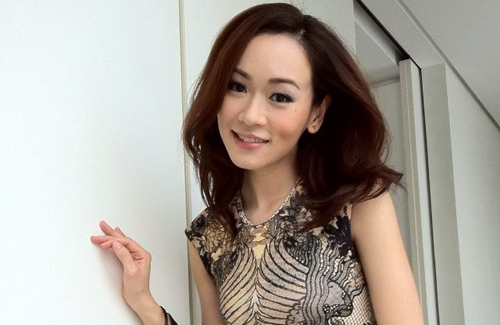