Flying to Cuba for a recent photo shoot for Vogue magazine, Hannah Quinlivan (昆凌) initially felt extremely nervous going to a place without the Internet for the first time. However, she ended up enjoying her stay after realizing how warm the locals were. Speaking with Vogue, Hannah revealed how her lack of faith in love had almost jeopardized her relationship with husband Jay Chou (周杰倫) and her own path to personal growth.

Reflecting on her own personality, Hannah admitted that she used to be someone who aims to please everyone. The 26 year old said, “I used to just go along with everyone’s ideas. Even if something doesn’t seem right and I’m uncertain, I’ll just listen to them due to time and pressure from others. If everyone thinks a certain way is the best, I’ll just go with it. When I see the results afterward, I always end up regretting why did I make the decision so hastily? Now I have to bear the consequences. I should choose to act slowly and carefully and don’t jump into things. Don’t they always say mature people make decisions they won’t regret? I’m not mature enough right now, but I’m on the path to growing up!”

Growing up in a single-parent family, Hannah initially had very little trust in love. She felt very lucky to have met and married Jay, who is 14 years her senior and has been able to give her so much love and compassion.

Although there was a brief period when Hannah thought about breaking up with Jay due to the intense public pressure of dating a superstar, her doubts were short-lived. Hannah expressed, “Perhaps it was my impulsiveness or maybe because I think love trumps all. I really want a wonderful family and be with the one I love. So, I told myself – why not.” 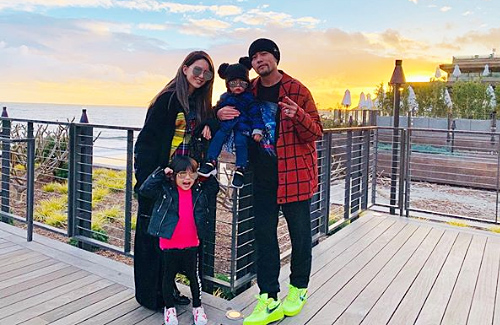 Filming for variety show You Are Beautiful <你怎麼那麼好看> helped Hannah see things in a different light. She said, “There were a lot of pressure and challenges to film this show. I’m not scared to see a world that’s unhappy; I’m scared of being insincere and not being able to offer others the comfort they need. After getting involved, I felt as though there were many unanswered questions. I truly think that everyone needs a psychologist – we all go through different things in life and we don’t have to be as strong as we think we need to be. We shouldn’t comfort ourselves through usual ways – maybe there are other methods as well.”

Hannah Quinlivan Wanted to End Relationship with Jay Chou Before