A success in the making, Chinese television drama Here to Heart <温暖的弦> has already broken through 2 billion views online. The romantic drama stars Hans Zhang (张翰) and Janine Chang (张钧甯) as two former lovers who make their way back to each other during a trip to London. Here to Heart is Hans and Janine’s third collaboration. 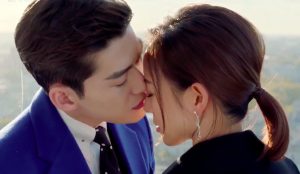 During their trip back to England, Wen Nuan and Nanxuan visit the London Eye and reminisce about their past. Nanxuan pulls out a pair of earrings as gives it to Wen Nuan, saying, “I think these really suit the outfit you’re wearing.” 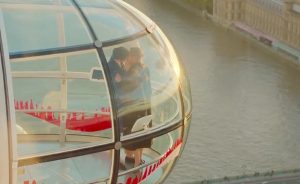 Netizens said they were in tears after watching the scene. The “satellite couple”, as they are known, gave fans the most memorable kiss of a lifetime—kissing on the forehead, the eyebrows, the eyes, the nose, and finally the lips.

“This is too sweet! Too much!” said one netizen. “I’m having too many feels from this CP,” said another. “Hans Zhang is so handsome!”