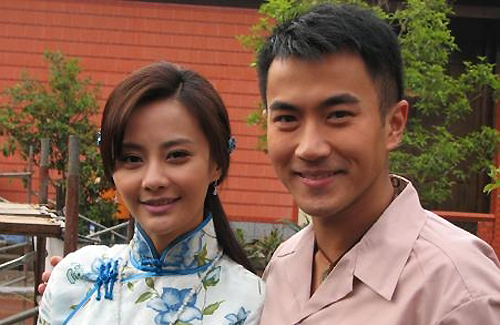 Nicky and Ma Yashu’s romance started in 2002 when they were filming Treasure Riders <蕭十一郎> together. With Nicky often away filming, Yashu reportedly had an affair and was photographed at a hotel with another man. In 2009, they got divorced. The public often speculated about Yashu’s fidelity towards Nicky, who did not address the rumors. Nicky stated that the reason for their separation was due to little time spent together.

Hawick turned out to be one of Yashu’s many rumored men. When Hawick had just relocated his acting career from Hong Kong to mainland China, he worked with Yashu in 2007’s Prince to Pauper <换子成龙>, allowing them plenty of opportunity to spend time together. They were often photographed shopping and having meals together.

When Nicky and Yashu’s marriage fell apart, fingers pointed at Hawick for being the third party that intervened in the relationship. Hawick denied the allegations through his manager, Ruan Qianzhi (阮虔芷) and said that he and Yashu were only good partners at work and did not date each other. Recent rumors even claimed that Hawick and Yashu had lived together at one point. Hawick said clearly, “I have been in this industry for so many years and we have worked in so many films. We are very good friends but that’s all there is to it.”

Netizens responded to the rumors in the following manner: “Who doesn’t have a past? Whether it’s real or fake, enjoy what’s ahead after getting married.”