How Anita Yuen Keeps Women Away from Chilam Cheung 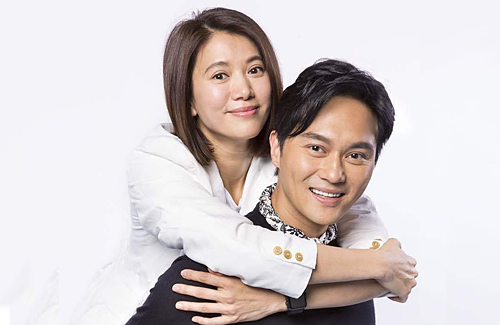 Anita Yuen (袁詠儀) and Chilam Cheung (張智霖) have been married for 17 years, but their relationship remains very loving. Anita spilled the secret to maintaining her marriage and keeping her husband in check on ViuTV’s new program hosted by Ocean Chan (陳海琪) and Chip Tsao (陶傑).

Despite Chilam’s good looks, sense of humor, and intellect, there are no women going after him. According to Anita, there are tricks to achieve that result.

Since her husband is an actor who has to travel often for work, it’s impossible to keep him in her line of sight all the time. However, she can rely on her friends to keep an eye on him.  Anita revealed, “I have a lot of spies. It’s not me who ask them to report back to me; I just know a lot of people. Everyone will call me and let me know they’re working with Chilam. I just tell them to help me take care of him. That’s it.”

However, she will show up on the film set from time to time to declare “sovereignty.” Anita said, “I will not be like a security guard watching him. I just need him to know that I’m here and to be smart.”

Although she checks up on him often, there is one thing that she will never do (again). Like most women, Anita has checked Chilam’s phone before; the action made Chilam resentful. “He told me he doesn’t want it to be like this. He thinks it’s meaningless because it means I don’t trust him.”

Anita also shared a story of a female admirer ignoring her while greeting Chilam. Later on, she told her husband that he has the responsibility to introduce Anita as his wife. Women approaching Chilam can be avoided if he knows how to prevent unwanted flirting. Thus, she does her best to set a good example for him.

In fact, Anita rarely had any rumors since Chilam announced their relationship to the public. Although the Miss Hong Kong 1990 champion has attracted her fair share of admirers, they were all coldly turned down from the get-go. “If I feel that a person might have feelings for me, I will clearly tell them to avoid them from developing any false hope,” smiling she added, “Actually my husband is also worried about me. He always calls to ask where I am.”

Apparently, Anita’s tactics have worked very well in their marriage. The couple often flaunts their love through family pictures with their 11-year-old son Morton Cheung (張慕童) on social media. 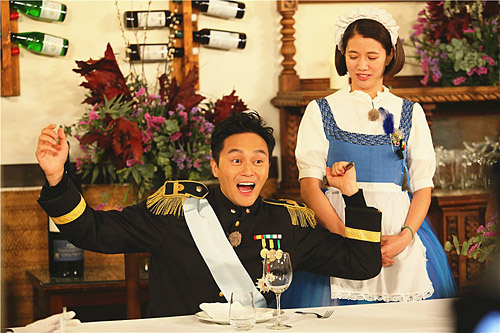 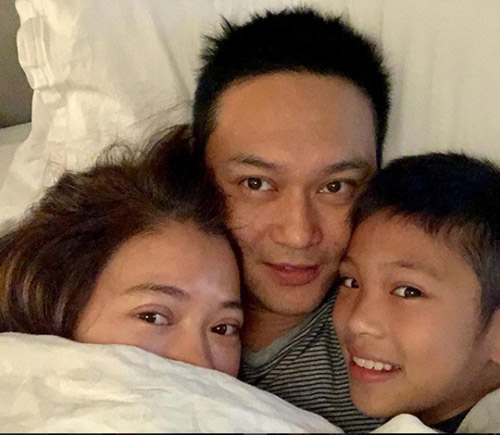