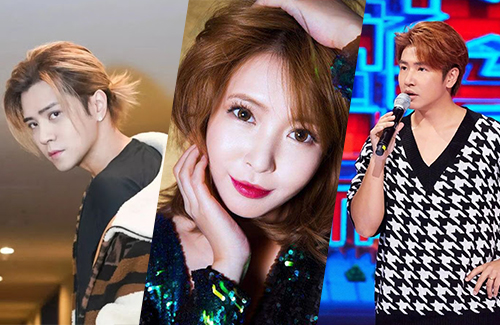 The Internet fandom went crazy when Show Lo’s (羅志祥) girlfriend of nine years, Chinese social media star Grace Chow (周揚青), announced publicly that she was breaking up with Show due to his “multiple betrayals.”

Shortly after the split of Four Best Born, Show and Eddy pursued solo careers. In 2002, Eddy started dating Makiyo, and publicly confirmed the relationship. That same year, Eddy went to fulfill his mandatory military service, and asked Show to take care of Makiyo. Rumors say Show and Makiyo eventually started dating, and the two dated for over two years. Show, however, never confirmed the relationship, and insisted that they were just close friends.

Years later in a talk show with Jacky Wu (吳宗憲), Eddy talked about a betrayal from a “best friend”: while still serving in the military, he wondered why he hadn’t received a phone call from his girlfriend for an entire month. She eventually called him and asked for a breakup. She said, “I need to thank you, because you have found someone who can take care of me really well.”

Eddy did not reveal the names of the girlfriend or the best friend, but when putting two and two together, it was likely that Eddy was referring to Makiyo and Show.

But let bygones be bygones, as Eddy is now happily married, and is a father of two beautiful daughters.