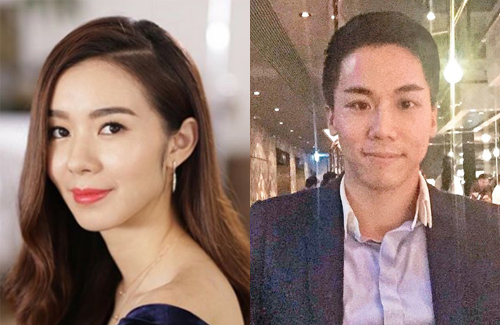 Louisa Mak (麥明詩) has not had luck in romance since splitting up with ex-boyfriend Joseph Lam (林作). However, the actress was recently spotted out with Alex Pong (龐榮怡), the grandson of Hong Kong Steel Magnate Ding Yuen Pong (龐鼎元).

Hopes to Get Married by Her 30s?

The 27-year-old actress was revealed to be dating lawyer Joseph Lam after winning the 2015 Miss Hong Kong title, but the two broke up not long after. Later, she was linked with Dickson Yu (余德丞) and her bicycle coach Wu Kin San (胡健燊), but they turned out to be rumors only. Recently, Louisa admitted that she was being pursued, amid revelations that she had been pressured by her family to go on dates and get married by her thirties.

Have Known Each Other for a While

Recently, Louisa was revealed to be seen meeting up with Alex Pong. According to sources, the two had known each other since their younger days and kept in touch during their studies in England, often going out with their group of friends. Alex was said to have taken a liking to her back then, and started hotly pursuing Louisa recently by asking her out.

At a Tsim Sha Tsui mall, Louisa was seen shopping inside a lingerie shop. She browsed through many black lace bras, and asked the staff for an informational booklet which she read in detail before heading for the fitting room. Changing into denims when she re-appeared, she paid for her items before leaving the shop, and seemed caught up with messaging on her mobile phone before she drove off briskly.

When asked about her latest romantic rumors, the Cambridge Law graduate said, “We met up for a meal with a big group of friends that day!” As to whether she is being pursued by Alex, the usually outspoken Louisa seemed protective of the other party and replied, “We were friends while studying in England; everyone had fun together as a group, I will not comment further; I don’t want to affect others.”