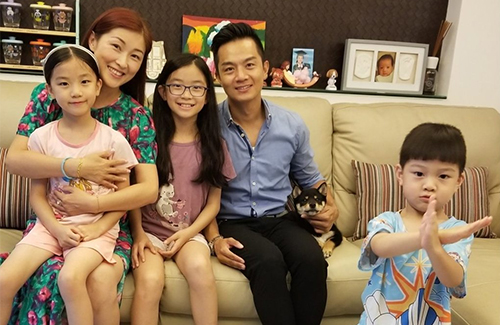 In 2002, Jack Wu (胡諾言) and June Chan (陳琪) met and fell in love on the set of TVB’s The King of Yesterday and Tomorrow <九五至尊>. They married in 2009 and welcomed their first daughter, Jay, that September. Now, 11 years later, Jack and June are parents to three beautiful children, living in a multi-million dollar independent house in Sai Kung. 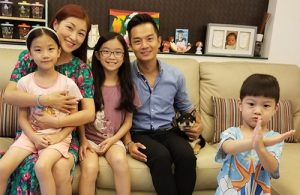 In 2017, June opted out to signing a contract renewal with TVB to focus on raising her three children. Re-starting her career as an Internet celebrity (aka “KOL”), June is reportedly bringing in over a six figure sum each month, much more than her salary than when she was with TVB.

According to reports, the family of five currently own housing units up to $40 million Hong Kong dollars. The couple are smart with their money, and have been saving for a house since getting married back in 2009.

After moving out and selling one of their first homes in Sai Kung, Jack and June started to invest in real estate. Jack currently owns two properties in Villa Esplanada (located in Tsing Yi) and LOHAS Park (located in Tseung Kwan O). He also owns another village home in Sai Kung, as well as June. All four properties are worth a combined market price of HK$40 million. 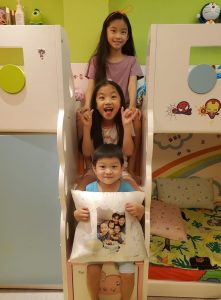 Both Jack and June are also into the food business—Jack owns a restaurant, and June herself enjoys cooking and sharing her tips online. June made the kitchen her filming ground, and consistently updates her social media followers with new recipes. Besides the kitchen, June dedicates most of her time to children as they struggle to adapt a new learning style through video media. Jack purchased and built new desk tops just for the kids’ schooling.

Their three children are extremely close. They sleep in custom-made bunk beds and share rooms. Jack and June opened up the living room to fit in a large television set and sofa, transforming it into a mini theater. In their backyard, June plants her own fruits and vegetables. They also rented another plot of land in the city as an extension to their garden. 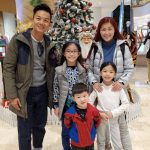 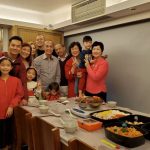 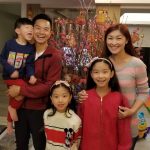 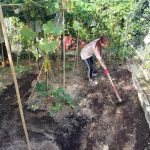 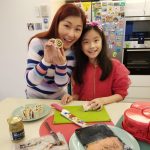 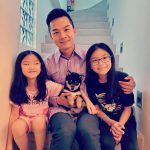 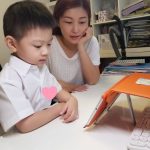 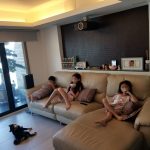 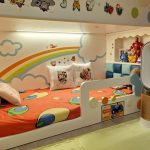