Joel Chan Tying the Knot with Girlfriend in November 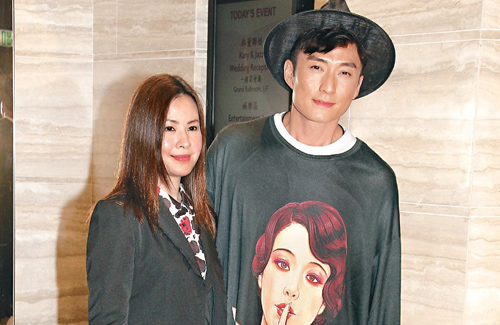 Joel Chan (陳山聰) is about to enter a new chapter in his life soon. The 42-year-old TVB actor announced that he will be tying the knot with his girlfriend Apple on November 1.

After receiving dozens of congratulatory messages via social media, Joel disclosed that the simple wedding will be held at the Hotel W in Hong Kong. Having made a lot of good friends over the years, Joel’s closest friends and god-siblings, Christine Ng (伍詠薇), Sharon Chan (陳敏之), and Benjamin Yuen (袁偉豪) already gave the couple their blessings.

After Joel filed for divorce with his ex-wife Ponny in 2011, Joel briefly dated Casino Tycoon Stanley Ho’s (何鴻燊) daughter Florinda Ho (何超雲) before his career spiraled downhill. His career hit an all-time low after his breakup with Florinda, and it would take years for Joel to build back his career at TVB.

Receiving support and positive energy from Apple, Joel’s career slowly picked up again and he went on to winning Best Supporting Actor in 2017. After being at TVB for many years, Joel finally was cast as the lead male character in the upcoming series, Golden Building <金宵大廈> and Running with Big Steps <大步走>.

Praising his fiancee for being very quiet and nice, her personality is the exact opposite of Joel who is very outgoing and energetic. Because Apple works at a beauty salon, she is very attentive and caring. She would often cook a variety of vegetarian dishes for Joel.

Joel’s godsister Christine even boldly gave Apple a perfect score of 100 percent. She said, “She’s very gentle and has great manners. She takes care of Joel really well. Even though Joel has the typical boyish personality, he takes care of her as well. I usually have a good eye for things – in the last few years when his career was frozen, Apple was very tolerant and accepting.”