Joey Yung Surprised Her Fans with Sexy Image and Hot Dance Moves at her Concert in Hong Kong! 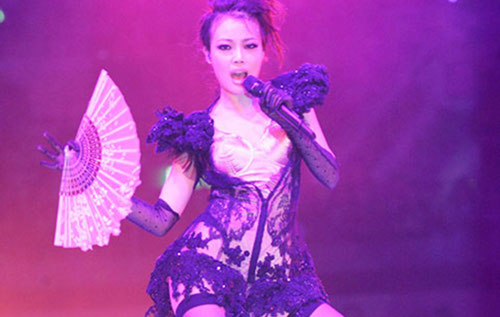 November 19, 2010 was an official launch of a spectacular night of Joey Yung‘s concert held in Hong Kong Coliseum.  Nokia Joey Yung in Concert No. 6. was a concert full of surprises for her fans. Joey who is well known for her dynamic style on stage, surprised her fans with a hot and sexy image at the concert. Joey presented herself in six very sexy stage costumes which consisted of a hot red Deep -V gown, sexy lace lingerie & fish net nylons. At one part of the concert when Joey sang the song “Snake”, she took off her fluffy bath robe and was in a super sexy lace lingerie and fish net nylons while dancing very wild and sexy dance moves with 12 dancers on stage. Joey’s sexy image and energetic dance moves on stage brought endless applause from her fans at the concert. When being asked how she came up with the idea of this ” hot and sexy” theme for the concert, Joey replied  with a sense of humour ” Well…I’m not that young anymore so it’s inappropriate to go for a “young chic” image. At my age I could have been a mom already! ” Joey also mentioned that some had suggested  that she adds extra padding to her bust line to create a more sexy figure but Joey turned down the idea and emphasized that she is a firm believer of “Natural Beauty” ! 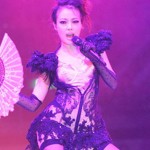 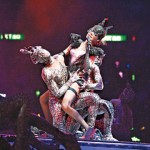 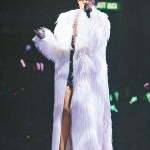 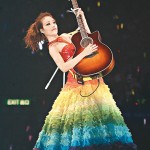 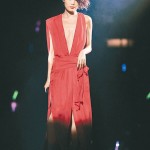 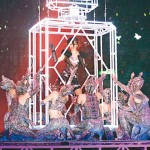 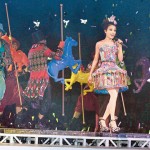 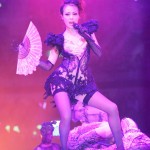 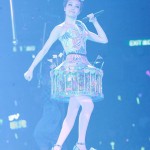 9 comments to Joey Yung Surprised Her Fans with Sexy Image and Hot Dance Moves at her Concert in Hong Kong!