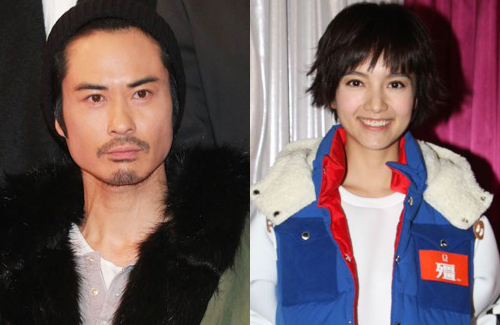 Newcomer Anjaylia Chan (陳嘉寶) and her boyfriend, Epaphras Wong (黃頌祈), are known to be devout Christians. After dating for more than a year, the couple continues to remain abstinent. In a taped conversation which was leaked to the press, Kevin Cheng (鄭嘉穎) was heard asking about the couple’s private sexual lives.

After filming Blue Veins <殭> one night, Kevin went out to dinner with the cast and crew. During dinner, Kevin asked Anjaylia and her boyfriend Epaphras, “So you guys are devout Christians? Have you had sex?” When Anjaylia said no, Kevin turned towards Epaphras and asked, “Then do you self-pleasure?” Caught off guard, Epaphras admitted he did so. Anjaylia added, “I don’t help him. He’s talking about himself!”

An insider revealed that after sitting down, Kevin gruffly asked Anjaylia and Epaphras about their sexual lives in front of everyone. The insider revealed, “They are young, so their reaction is slow. They nervously answered everything! I felt so bad for them!” Anjaylia appeared extremely uncomfortable. Although Kevin laughed at the responses, the entire table was awkwardly quiet.

Speaking with the press, Anjaylia admitted that Kevin did indeed ask her sex-related questions. She said, “Actually, many people are curious about these things regarding devout Christians. There is unfamiliarity with the religion, so many people would ask. Kevin asked a lot of questions that day.” As to whether Epaphras responded to Kevin’s questions, Anjaylia said, “He probably did! I guess he knew how to answer Kevin’s questions. Actually, the ‘laughing’ sounds from the recordings are probably from me slurping my noodles.”

In response to the leaked recording of their conversation, Kevin explained, “We did briefly talk about pre-marital sex. I asked them a little more than I should have regarding how her boyfriend deals with [abstinence]? Actually, the discussion was not scandalous. Although I am not a Christian, I’m very respectful of each person’s personal beliefs and religion. Don’t use it to make up news stories. These things can be hurtful!”

In related news, it is also reported that Blue Veins will be Kevin’s last drama with TVB. He will not renew his management contract when it expires.