Kim Seon Ho‘s fame rose after Hometown Cha-Cha-Cha, but his recent scandal could be detrimental to his career. Although Seon Ho and his ex-girlfriend, former weather forecaster Choi Young Ah, have settled their abortion controversy, the 35-year-old actor’s mage has been hit hard with other negative gossip.

Given the scrutiny into his past, his dark history is accumulating each day to which he is now accused of undergoing plastic surgery and having a bad attitude towards his coworkers.

Following the abortion scandal, netizens began searching Kim Seon Ho’s past where they discovered his graduation photos before his debut. At the time, he did not have double eyelids and his nose also differed from his current look, which aroused suspicion that he had gone under the knife. 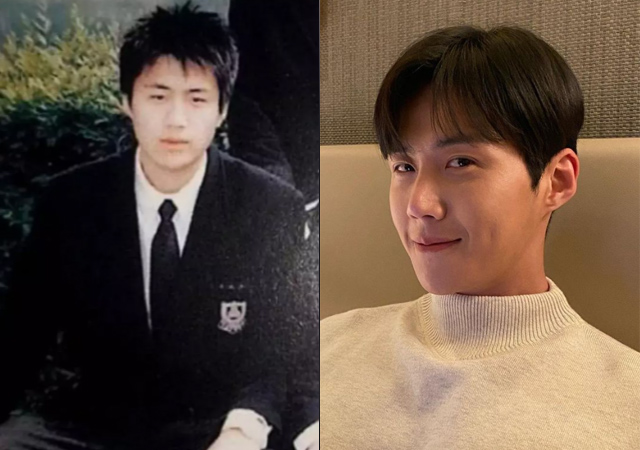 Netizens also feel that Seon Ho is not as nice as he portrays himself after hitting stardom. In a 2016 interview, he once revealed locking his teacher in the classroom. Sharing that he was a huge troublemaker when he was a student, Seon Ho admitted, “There was this class I really hated, so I locked the teacher in the classroom and he had to jump from the second floor [to escape].”

He also admitted that he received frequent beatings at home. When he got in trouble, he would throw the rattan stick up on the neighbor’s roof so his parents would not have anything to beat him with. Seon Ho threw away approximately 30 rattan sticks in his youth.

While at work for 2 Days & 1 Night, the cast had to experience wildlife training in which they had to survive on an uninhabited island. He once shouted at the only female production assistant on set, “What are we even doing? My back hurts a lot, and we are still not progressing.” He only calmed down when Moon Se Yoon touched him on the shoulder.

Netizens were shocked by Seon Ho’s dark past, and began questioning his character. They reacted: “Ah, so he is this type of person” and “Is this bullying?”