Kristal Tin on Getting Along with Chapman To 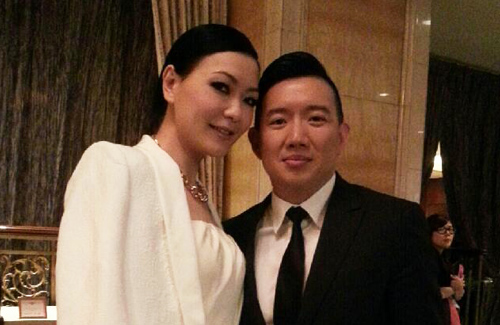 Kristal Tin (田蕊妮) shared some of the secrets behind her long marriage with her husband of nearly ten years, Chapman To (杜汶澤) in a radio program hosted by DJ Terence Lee (李國能).

Married since 2005, Kristal and Chapman had gone through difficulties in their marriage, which only allowed them to strengthen their bond over time. Chapman is known for his blunt tongue, which offended many artistes in the industry. Kristal reveals how she is able to get along with Chapman, “We cherish our relationship. We’re actually very simple. Even when we’re together, we wouldn’t have any special surprises for each other or put ourselves in a romantic atmosphere. I’m scared that I would end up constructing something,” said Kristal. “But we would do small things for each other. He would cook breakfast for me or pour me a cup of coffee, while I would cook soup for him. It’s really that simple.”

Kristal and Chapman’s relationship is built on mutual trust, respect, and understanding of each other. Kristal added, “Of course, there would be times when we would argue and our viewpoints would clash. At that moment, we would obviously be very mad at each other, but we would not talk about it. After everything has calmed down, we would bring out the issue again talk about it.”

Asked who would normally be the one to first bring back the topic of discussion, Kristal said, “It depends on who had the time first. We are both very busy and are not always together. That’s why we really cherish our time together. Honestly, we haven’t had many arguments in the last few years. In fact, a while ago we made a bet about who would win the Best Actress at the Oscars, and I won. He still owes me a meal.”

Kristal added in afterthought, “The secret to a lasting marriage is to not to meet up as much! That way we wouldn’t be able to see the things we don’t want to see!”

16 comments to Kristal Tin on Getting Along with Chapman To