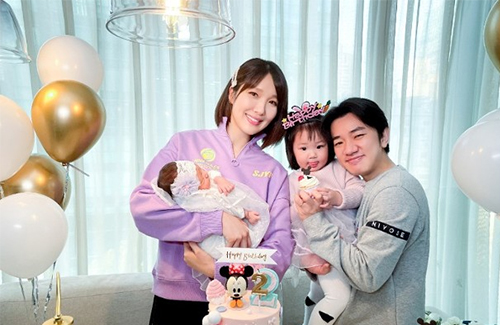 The Hong Kong entertainer announced the news via social media on December 17, which was also the second birthday of their first daughter, Gabrielle Wong Hoi Wan (王海韻)。 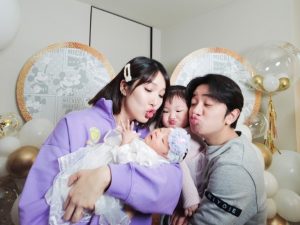 According to reports, baby Hayley Wong Hoi Ching (王海靜), was born in Shanghai, two days before her sister’s second birthday.

Asking if he had felt emotional after seeing Hayley for the first time, Cho Lam laughed and said, “When I first saw Hayley, my immediate reaction was to laugh at how much she resembles her sister. She looks exactly like how her sister looked like when she was born. The only thing that I can say is different is that Hayley’s nose is slightly larger than her sister’s. She’s definitely going to be a pretty lady! Good thing she doesn’t resemble me, haha!”

Did this second pregnancy give the couple more anxiety? Cho Lam said, “Definitely not. This was our second experience, and it was a C-section, so everything was scheduled. But this feeling of happiness and wonder cannot be described with pen and paper.”