Louis Koo (古天樂) and Carman Lee (李若彤) were worshiped as an ideal onscreen couple after their pairing in 1995 TVB drama, Return of the Condor Heroes <神雕俠侶>. While fans hoped they would have an off screen romance as well, Louis and Carman did not stay in touch with each other after filming the series. It turns out that in the last 23 years, they have only seen each other twice.

Carman revealed that 16 years after Return of the Condor Heroes was aired, she bumped into Louis on an airplane flight. It would take another seven years for Louis and Carman to see each other again.

Yesterday, when Carman saw Louis, she took two photos and posted them on social media. Carman wrote, “It’s been 23 years. It feels so strange. It really doesn’t feel as if it’s been so long. Sixteen years [after the drama aired], we saw each other on the airplane. Another seven years later, which was last night, we met at a dinner. Next time, how many years would it be!”

After Carman posted the photos on her Sina Weibo account, they were shared quickly by fans. The post attracted several thousand comments within one hour, indicating that Louis and Carman’s roles as Yang Guo and Little Dragon Girl are still remembered by many people. Some fans even suggested that Louis and Carman should date each other as both are still single. 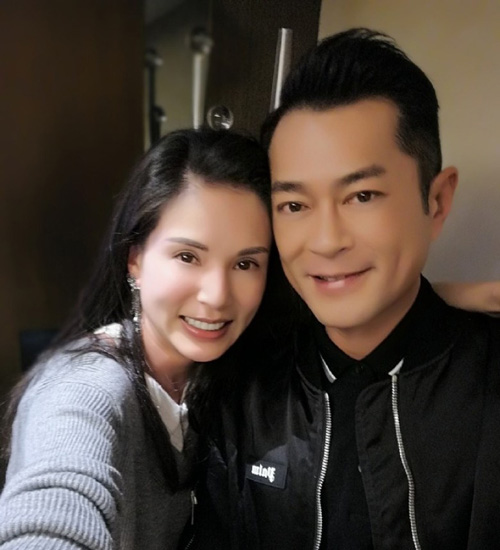