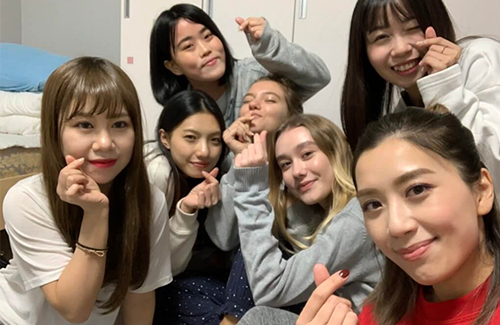 After winning TV Queen in both Singapore and Malaysia, Mandy flew to Seoul, South Korea to star in her own reality show, One Goes to Dance <一個「因」去跳舞> (rough translation) to document her journey in becoming a member of a K-Pop dance group. This show was her first encounter with K-Pop.

“Before leaving I definitely learned a few extra dances to get a good background,” she said. “Filming schedules are tight, and we haven’t had that much time to practice. I’m more familiar with doing Jazz Funk and waacking, and most of the choreography I’ve learned are solo dances. This time, I spent two days in Hong Kong to learn a nine-minute K-Pop dance, and I had to remember so many different positions. It was a challenge.” 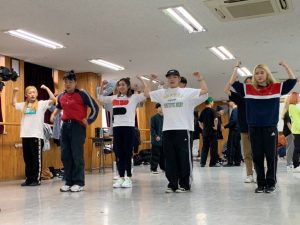 For Mandy, the most exciting adventure of all was to be able to join a girl group. “Dancing is the theme of this new reality show. I get to fulfill my initial dream, which is to be a dancer. I also got to experience the girl group life. The members learn to dance and become an artiste at such young ages. I rehearsed with them and collaborated with a girl group who have already debuted. I got to film an actual music video with them, and they changed the choreography of their dance to fit me in. Wow! This is my eleventh year of debut. Aside from acting, dancing is what I love the most. I get to try so many new things this year, and it’s making my eleventh anniversary one of the most memorable of all.”

Like the K-Pop trainees, Mandy would spend at least 12 hours a day training. “The first few days is all training, including catwalk training and learning how to pose for photos. In the afternoon, you have singing lessons. At night, you have dance lessons. It’s a 12-hour day. They are amazing. They’re so coordinated when they’re dancing, and having to live together every day, it isn’t a surprise. I hope all of our efforts will bring good results.”