Three Lives, Three Worlds: Ten Miles of Peach Blossoms <三生三世十里桃花>, also known as Eternal Love, is achieving astounding success throughout the nation. Starring Yang Mi (杨幂) and Mark Chao (趙又廷) in lead roles, the romantic fantasy drama, which is based on the book of the same name, has been topping viewership ratings since it first aired on January 30, and has collected over millions of reactions and comments on social media.

Produced by Gcoo Entertainment on a story created by Tang Qi Gong Zi (唐七公子), Eternal Love stars Yang Mi and Mark Chao as two star-crossed lovers who go through three different lifetimes, one destined to forget, the other doomed to remember. The first two episodes premiered on Jiangsu TV and Dragon TV on January 30. The two-part finale will air on March 1.

In a recent interview with the Chinese media outlet Fawan, Mark Chao briefly talked about his role, and how the drama’s script had impacted his decision on returning to television.

“I felt that it was time for me to open up my career to new things,” said Mark. “I cannot be stubborn about sticking to one formula, and only doing the things that I know I can excel in. I decided that I had to challenge myself.”

Mark made his debut in the 2009 Taiwanese drama Black & White <痞子英雄>, a role that also garnered him a Golden Bell Award for Best Actor. Despite the critical success, Mark opted for a film-focused career instead. Eternal Love is Mark’s first television drama since his big 2009 debut.

“It’s not that I didn’t want to film television dramas, but I just couldn’t come across a script that really called for me to come back. Until I came upon this one,” said Mark on his seven-year hiatus from the small screen.

Mark’s character, Ye Hua, is the Crown Prince of the Nine Heavens, the most handsome man of Heaven’s Court. The 32-year-old Taiwanese actor admitted that there aren’t many similarities between him and Ye Hua, but Mark admires his character’s loyalty and faithfulness.

“He’s very faithful, and this is what I empathize the most with him. Love is love. Three different lifetimes and three different worlds won’t change him. This is a quality I appreciate and admire. As for him being the most handsome man of Heaven’s Court, I’m afraid I’m not up to that standard.”

But regardless of how similar or different Mark is from Ye Hua, there’s no denying that the character changed him and his career—he’s back to the world of idolhood. After starring in Eternal Love, Mark noticed that more and more fans are now welcoming and greeting him at airports.

“The last time I received this kind of treatment was when I was doing Black & White,” he said.

Mark admitted that he was originally hesitant on accepting the role of Ye Hua. After his experiences in Black & White, Mark avoided the idol route, wanting to instead accept roles that challenged his acting range rather than his looks.

“I don’t really like being tagged with the idol label,” said Mark. “But I found the script [for Eternal Love] to be quite good, and I also really like the characters. The story is very well-written. I told myself that I should try this. Hopefully everyone can allow me the opportunity to play a pretty boy.”

But when it comes to rating his own looks and appearances in the drama, Mark feelings are rather mixed. “I think it’s good. Our designer, Teacher William Chang (張叔平), designed many outfits for us, and he chose 20 of the best. I think our outfits look great, but sometimes I get embarrassed with my own hairstyles in the show, especially the one where I had my hair over my shoulder and down to my waist. I felt awkward and didn’t know what to do with it. But the others were great!” 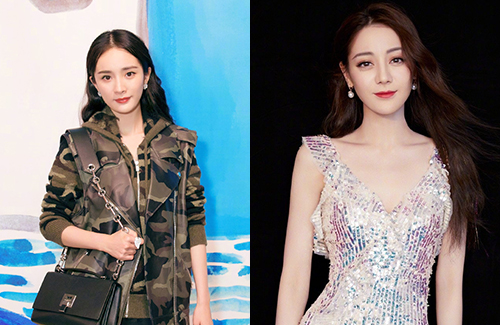 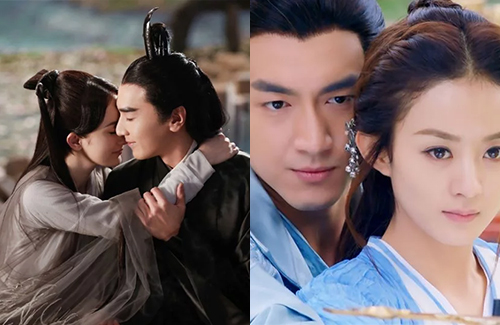