Mat Yeung Knows He Still Has a Lot Left to Learn 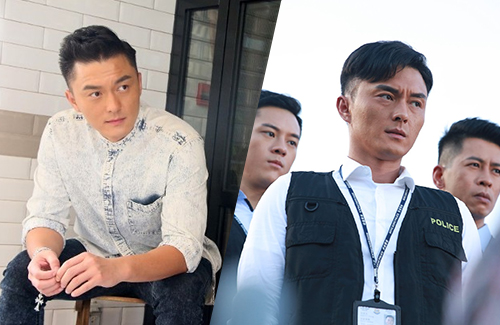 “I definitely don’t think I’m a ‘professional’ in any means, but I also don’t mind the nickname,” said Mat with a laugh. Asking if he has concerns about being typecasted, he confidently said, “I enjoy the challenge. Every police role I’ve done so far is very different from the other. There are still many disciplined services and departments I haven’t tried yet.”

In fact, the more he starts playing the good guys, the more Mat wants to go back to playing villains. “It’s definitely a lot more flexible and challenging at the same time. The crazier, the more terrible, the better!”

Starring as lead in three dramas in a row, has Mat thought about contending for TV King? “I haven’t even dared to think about it!” he said. “I still have a lot left to learn before I even reach that level. I know I’m not that particularly talented when it comes to acting. To be a TV King, you have to be at a certain level, and I am far from it. If anything, I feel I am much closer to winning Best Supporting. But of course, if I get casted as a lead, I’m not going to say no.”

At the moment, Mat’s only goal is to work on improving his own performance. “I have read about criticism on my wooden performances and my unclear speech. When I watched Airport Strikers, even I got confused at what I was saying. I really worked on my speech this time for On-lie Game, and I hope everyone can see my improvement.”