Miracles Shaped Linda Chung’s Faith: “I Thought I Would Die” 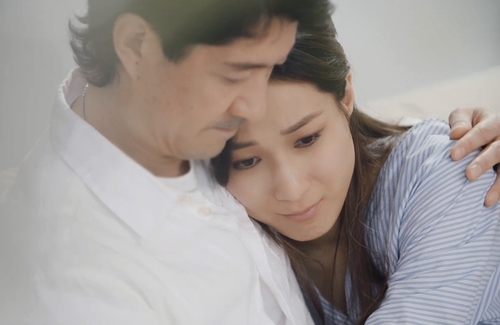 Back in 2005, Linda Chung (鍾嘉欣) was filming on location in Mainland China for TVB drama he Biter Bitten <人生馬戲團> with costars Shirley Yeung (楊思琦), Michael Tong (唐文龍), and Benny Chan (陳浩民) when a scary incident occurred. One night, the cast and crew went out to a karaoke bar to celebrate Shirley’s birthday, and they ended up being chased by armed men. At the time, Shirley and Linda hid together for a few hours until one of the crew members found them. Since everyone was safe and sound, TVB executive Virginia Lok (樂易玲) ordered everyone to stay quiet, but because it was blown up by rumors, many of the victims spoke up about it in recent years.

Linda Said It Was a Miracle She Survived

Recently, Linda went on a radio show as a guest to promote her new self-composed song “Mommy, I Love You So” <做你的晨曦>. When Linda mentioned her journey in believing in the Lord, she revisited the time she was chased by a group of men with knives. She expressed it was a miracle she escaped from that incident.

“The moment I fled, I just closed my eyes and prayed, ‘Jesus, save me! I still want to see my mom and dad, I don’t want to die yet!’ I just remember that it was suddenly dead quiet, and when I opened my eyes all the big guys were gone,” Linda recounted.

In fact, Linda once resisted Christianity, as her parents believed in Buddhism. However, she encountered a lot of miracles in her life since entering the entertainment industry, which led Linda to believe in Jesus.

Linda continued, “He wanted to use me for my skills. For example, Jesus told me to make the song, or else I wouldn’t have composed it in just five minutes. It would be impossible!”

17 comments to Miracles Shaped Linda Chung’s Faith: “I Thought I Would Die”