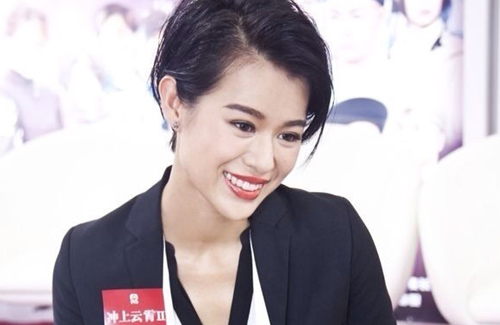 The public was in for a surprise when Myolie Wu (胡杏兒) announced the official end of her 8-year relationship with Bosco Wong (黃宗澤) in July 2012. Rumors regarding the involvement of a third party member circulated, and Myolie allegedly could not stand Bosco’s wild ways. After their breakup, Bosco tried his best to get back together with Myolie numerous times, but she ignored him and appeared cold and distant. On August 22, TVB artists appeared at the China International Film Festival in Beijing, where the ex-couple met once again. Bosco reportedly took this grand opportunity to reconcile with Myolie.

Since their relationship ended on a bad note, Myolie had been treating Bosco as if he were invisible. According to tabloids, Bosco sent her many text messages in hopes of getting back together, only to never receive a reply. Afraid that she will eventually give in and forgive Bosco, Myolie invested a large sum of money and moved into a new home with her sister at Caldecott Road.

In March, Bosco and Myolie were present at the same event in Shanghai, but they appeared like strangers. Once again, at an event in May, TVB purposely arranged for them to stand beside each other to take a photograph. Throughout the entire process, Myolie pretended she did not see Bosco and spoke no words. In many of her interviews, she also told the press there is no chance they are ever getting back together.

Ex-Couple Talks for the First Time

At the China International Film Festival, Bosco reportedly peeked in Myolie’s direction whenever he had the chance. He was looking for an opportunity to initiate a conversation with her. According to reports, Bosco also made sure to avoid Eliza Sam (岑麗香), whom he had been recently rumored with. He wanted to make sure Myolie would not have any misunderstandings.

On the other hand, Myolie appeared evasive as soon as she learned Bosco was also at the festival. She drew herself close to Ron Ng (吳卓羲) and linked his arm as they walked onto the stage. At the time, Ron looked at Myolie and said with a smile, “You shouldn’t be linking arms with me at this event today,” hinting that she should be with Bosco. Instead of growing upset at the mention of his name, Myolie laughed and seemed to have a change in mood.

Just when the festival was about to end, Bosco finally took the opportunity to approach Myolie. Since Myolie ignored him in the past, this was the first time the ex-couple had a conversation face-to-face after the breakup. Bosco could tell Myolie’s attitude had softened up, and they had finally broken the ice that was between them for a year. Bosco reportedly texted Myolie right away afterwards, in hopes that there is a chance of getting back together.

According to reports, Bosco’s mother loves Myolie and sees her as a daughter-in-law. She hoped they will get back together and tie the knot one day. Earlier, Bosco’s mother reportedly flew to Taiwan to ask a fortuneteller about her son’s marriage. She prayed that Bosco would soon win back Myolie’s heart.