Netizens Demand Show Lo to Be Pulled from Program 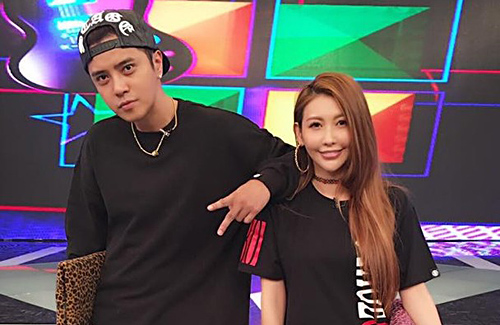 Some call for the return of Alien Huang as host for “100% Entertainment”.

After breaking up with Show Lo (羅志祥), mainland Chinese influencer Grace Chow (周揚青) revealed details about Show’s messy romantic relationships, with his co-host “Butterfly Sister” Linda Chien (愷樂) also implicated. On April 25, Linda posted an apology to Grace on social media, while Show, facing dwindling popularity and lambasted by netizens’ criticism, is likely to have many of his work opportunities affected.

Many netizens have gone to the Facebook page of 100% Entertainment <娛樂百分百>, the program hosted by Show and Linda for many years to request that the two be replaced. They also called for former host Alien Huang (黃鴻升) to resume hosting duties, threatening to boycott the show and leaving comments such “Please replace the two disgusting people”, and “So 100% Entertainment is a place for cheating.”

There were rumors that Linda, originally scheduled to host 100% Entertainment next Tuesday will be replaced by three other hosts, and that the pre-recorded episodes could be aired until the end of May. If both Show and Linda had to stop working for a month, their projected financial losses would be estimated at $1.2 million NT (about $309,000 HKD) for Show and $400,000 NT (about $103,000 HKD) for Linda, assuming they do five days a week of hosting.

As to whether the two would be pulled from the program, the television station responded with a statement, “The pre-recorded program will air as usual. Next week, hosts Huang Weijin (黃偉晉), Kenny Khoo (邱鋒澤) and Nine Chen (陳零九) will record the program in studio. Due to the virus situation, we had pre-recorded many episodes in advance. It is as yet undecided if we would be recording in the second half of May!” It was further emphasized that Linda had not been on the following week’s schedule right from the start. As to whether there will be any changes to the host lineup, the production unit only addressed the following week’s recording and refrained to say more.