Nicky Wu is a Male Nanny in “Mr. Nanny” 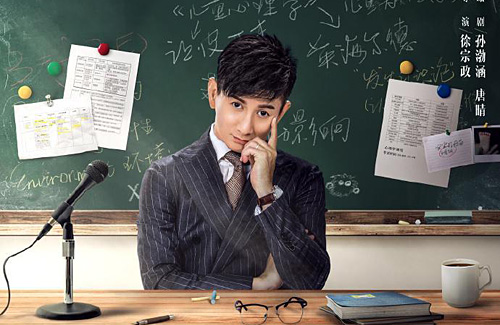 Nicky Wu (吳奇隆) recently attended a product launch party for Ed Hardy in Shanghai. Sporting several of the brand’s outfits for promotional stills, the Taiwanese actor appeared sharp and charming. It is hard to imagine that he is already 47 years old!

During the first half of the year, Nicky has been busy filming the new drama, Mr. Nanny <月嫂先生>. In the series, he stars as a male equivalent of a confinement nanny, who is hired to help a new mother care for her baby and to ease the mother’s transition from a pregnant woman to a new mother. Li Xiaoran (李小冉)  stars as a single mother. Because Nicky does not have any children in real life, he was surprised to learn of all the different tools and methods in caring for a baby.

Nicky reflected, “I had to go through a lot of training and learn a lot to prepare for my role. When I got hands-on training, I realized that there is a lot of knowledge involved. In today’s world, there are a lot of unusual tools that I have never seen before.” His wife and fellow actress, Cecilia Liu (劉詩詩), must be happy that his experiences from this series will definitely help when he becomes a father in the future!

Not only can Nicky utilize his new skills to be hands-on father, but he will also be a fashionable dad. On his fashion taste, Nicky shared, “Actually, during my normal days, I am dressed more casually. But even in casual wear, I hope to impart a bit of individuality in my style. I also hope to wear clothes that would make me look more active.”

This article is written by Huyhn for JayneStars.com.

2 comments to Nicky Wu is a Male Nanny in “Mr. Nanny”