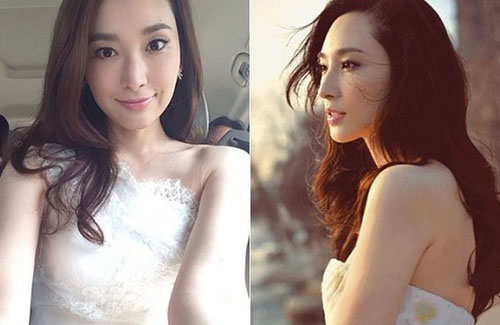 After starting a family with the Hong Kong billionaire Ji Xiaobo (紀曉波), Taiwanese star Pace Wu (吳佩慈) retired from the industry to become a full-time mother. Though the couple aren’t married, Pace is close with Ji Xiaobo’s family. Last month, it was rumored that Pace received a large diamond ring from Ji Xiaobo’s mother. The media is saying that Pace’s wealth has now exceeded NT$23.2 billion.

In February 2014, Pace welcomed daughter Hillary, her first child with Ji Xiaobo. The following year, Pace and Ji Xiaobo welcomed their son Hans and their younger son Hudson in 2017. Despite having three children together, the couple still aren’t married. Nonetheless, sources say that the couple plan to marry soon—last month, Ji Xiaobo’s mother gifted Pace with a 10.4 carat diamond ring, pushing Pace’s worth. Pace also recently purchased a luxury apartment in Hong Kong’s prestigious Mid-levels, which was worth over NT$2 billion.

In November 2016, Pace became a shareholder of Hong Kong’s Bisu Technology, holding 21% of the shares, pushing Pace’s overall worth to NT$23 billion.

Pace made her debut as a variety star in Taiwan, followed by her singing debut in 1998 as a member of the girl group Shaonu Biaoben (少女標本) for their Hong Kong debut. She announced her retirement in November 2014.