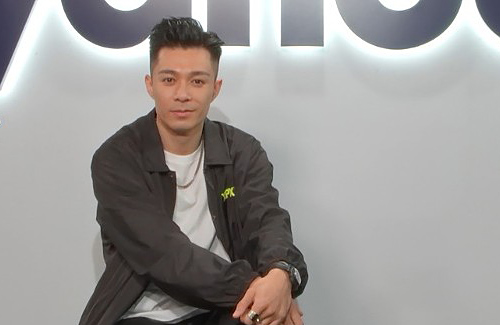 Known as a dedicated husband and a now a father, Pakho Chau (周柏豪) dated his wife Stephanie for more than 10 years before they got married. While Pakho usually avoids talking about his personal life, he recently shared snippets of his relationship with his wife in an online talk show.

Last December, Pakho and his wife welcomed the birth of their daughter, Sonya. With a bigger family, Pakho confessed that he had always wanted three children, “I wanted to be like my dad and mom and have three children. However, seeing the world right now, we need to reconsider. The main thing is to depend on fate and timing.”

Describing his wife, Pakho shared that his wife likes his sense of humor, kindness and how he puts family first. When Pakho was asked to share what gift his wife liked the most, Pakho proudly responded, “Marriage. In fact, after dating for 10 years, we had a consensus on marriage. She knew exactly the nature of my job and the things that must be avoided in my job. So I knew what would happen, but I still [got married]. She wasn’t the only one who was happy. I was also happy that she married me because she didn’t have to marry me.”

Pakho also shared his other romantic gifts for Stephanie by revealing that the demo for his song, “My Vow” <我的宣言> originally started with the lyrics, “Marry me?”  However, since Stephanie is an Aries, Pakho explained that whenever he is surprising her with gifts, she would respond stoically and would show little emotions.

Past Career as a Lifeguard and Model

Before joining the entertainment industry, Pakho was a part-time lifeguard and model. Remembering his time as a lifeguard, Pakho described a thrilling moment when he was trying to earn his bronze medallion. Pakho had to dive underwater as part of the exam, but his ears could not adapt to diving. As a result, Pakho could not reach the bottom of the water and had to push one last breath in order to pass his exam.

Pakho also revealed that his first job as a model was to photo shoot for a calendar. While Pakho was only paid $500 for the photoshoot, Pako laughed that it wasn’t too bad.

Pakho Chau Reveals How He Had Proposed to His Wife

Pakho Chau Takes Care of His Parents and In-Laws Financially