Pakho Chau Takes Care of His Parents and In-Laws Financially 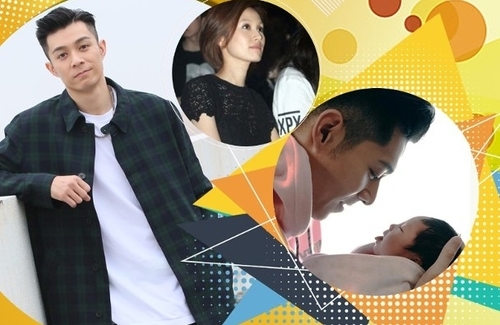 After starring in the drama Wonder Women <多功能老婆> as Oppa, Pakho Chau‘s (周柏豪) popularity skyrocketed. Hence, the singer-actor hopes to film at least one drama per year after realizing the power of TVB dramas. However, he believes he still has room for improvement, and it is too early for him to win the Best Actor award. Achieving good results in his career, Pakho is even more capable of supporting his family now that he is earning more money.

Financial Support Is a “Basic Responsibility”

Pakho is Oppa to viewers, but at home, he is a “warm dad.” Earlier, he bought a Clear Water Bay mansion for more than 30 million yuan. Not only does he have to support his wife Stephanie Chu and daughter, but he also has to pay the mortgage. He revealed he also supports his parents and his wife’s parents financially.

“I hope my family can live comfortably and happily, so I don’t mind,” Pakho expressed. “I have to take care of my parents, my mom-in-law, and my dad-in-law. I think it’s a very basic responsibility.”

He revealed they tell him not to because they have other kids too. “But I think I should if I’m capable. Even though it’s three households, they’re one family to me.”

Not to mention, he often ate at his mother-in-law’s place when he was still dating Stephanie. However, his mom often tells him not to shoulder the responsibility for everything. “She told me not to give her so much allowance, but I hope to repay them for their hard work all these years,” Pakho expressed.

As for his little princess at home, of course, he loves her dearly, but he prioritizes his wife, who is a new mother. “I definitely take care of my wife first and put my baby second because the baby does not have feelings yet, whereas the only one who can help my wife is me.”

He continued, “Only I can comfort her and be by her side. Whatever she wants, I’ll do my best to give it to her. I’m her biggest support.”

On whether they’ll expand their family, Pakho expressed it depends on Stephanie. “She said she’s really happy and thankful, so she wants to have more children too, but she’s healing from her C-section, so it depends on her. If she doesn’t want to, then we won’t, and if she wants to, we’ll discuss it.”

Pakho Chau Reveals How He Had Proposed to His Wife