Pregnant Linda Chung Thanks Husband for Cleaning the House 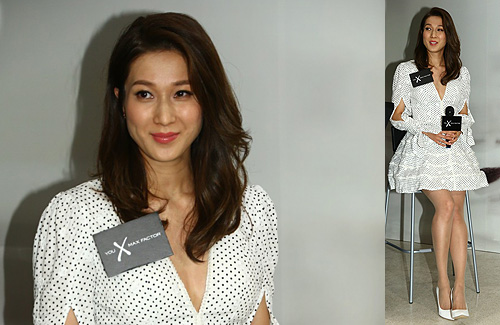 When Linda Chung (鍾嘉欣) announced her second pregnancy in March, she declared leaving TVB and reducing her workload significantly to focus on her family. A month since the announcement, Linda returned to Hong Kong to make an appearance at a promotional event. Due to the difficulties of this second pregnancy, Linda decided to reduce her travel frequency and stay in Hong Kong for two weeks.

This is the longest time that Linda has been away from her daughter, Kelly. At the mention of her daughter, Linda immediately teared up. “Let’s not talk about it. This is my first time being away for so long. I thought I would be okay, but when my parents-in-law told me that Kelly was looking for me around the house, I started crying!”

Donning a white dress and showcasing her long, slender legs, it was difficult to tell that Linda is already five months pregnant. She and her husband, Jeremy, decided to keep the baby’s sex a surprise. “We’ve had an ultrasound already. I didn’t ask the doctor, and I told the doctor not to tell me either. I want to keep it a surprise. It doesn’t matter if it’s a boy or girl. We have already thought of two names. We will know what to name the baby when he or she is born.”

Linda admitted that this pregnancy is much harder than the first. “It’s been hard. I have never been this lazy before. Every day when my husband comes home, he sees me on the sofa because I was so nauseated and exhausted during my first trimester. I am thankful for my husband’s tolerance and love. During this time, he became the cook, house cleaner, and caretaker. But I have regained my spirits now.

“Compared to last time, my belly is a lot bigger and sharper now. With Kelly last time, my belly was also very sharp. Everyone said for sure it was going to be a boy. In the end, it was a girl! My belly is sharp for both pregnancies. But the symptoms for the pregnancies are a little different. My appetite didn’t change much last time, but this time, when I smell pasta or meat, I would feel nauseated.”

With her good friend, Christine Kuo (苟芸慧), recently engaged, will Linda be her bridesmaid? “I’ll have to wait until she sets a date first. If it is this year, then probably not because my pregnancy has been so difficult. I can’t even take care of myself!” 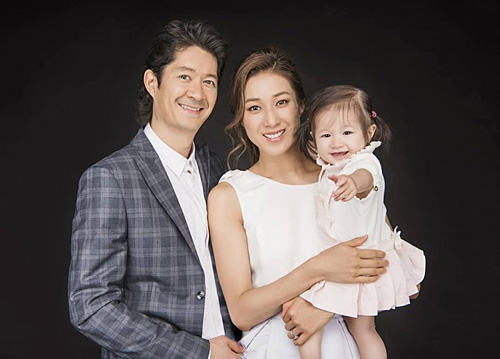