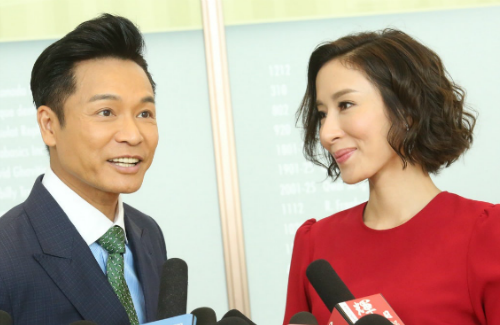 Despite Another Era <再創世紀> being one of TVB’s big-budget dramas, it failed to capture the audience’s attention. Its average of 21.8 rating points makes it the third-lowest rated series of the year, right behind Infernal Affairs <無間道> (at 21.69 points) and Succession War <天命> (at 21.54 points), which was also a big production.

This goes to show that a higher budget doesn’t equate to success. TVB invested $100 million HKD into the production of Another Era, which comes as no surprise due to the on-location shoots abroad and the filming duration of six months.

In addition to the sufficient funds, it was also a star-studded production. Leading actors Roger Kwok (郭晉安) is a three-time TV king while Frankie Lam (林文龍) has always been TVB’s lucky star when it came to ratings. The series was also Tavia Yeung’s (楊怡) first drama with TVB since leaving in 2016, as well as, Linda Chung’s (鍾嘉欣) first time on the small screen since giving birth to her daughter, Kelly, in 2016. The two actresses are relatively popular, so was the drama’s lukewarm response due to its broadcast timeslot?

Another Era broadcasted from 9:30 p.m. to 10:30 p.m. on weekdays, right after the low-budget but popular drama Life on the Line <跳躍生命線> starring Joe Ma (馬德鐘) and Matthew Ho (何廣沛). Since Life on the Line is highly rated, it should’ve increased the scores for Another Era, but the fact is the audience chose to turn off the TV after 8:30 p.m.

There seems to be an explanation of why Another Era has been plagued with low ratings. Although business politics is nothing new in TVB dramas, they often involve big families with storylines that are simple and easy to understand. In spite of the series being based on Hong Kong’s financial crisis, it just tried to cover too much at once – there were too many things going on. On top of that, there were many business elements that could easily lose viewers. If the audience doesn’t understand the storyline or terminologies, they won’t have the motivation to follow the series.

On the other hand, Life on the Line averaged at 29.3 rating points. Although the romance storylines are beginning to develop more rapidly, it did not affect the ratings. As a matter of fact, there is a possibility of the drama beating the rating record for Deep In The Realm of Conscience <宮心計2深宮計>.