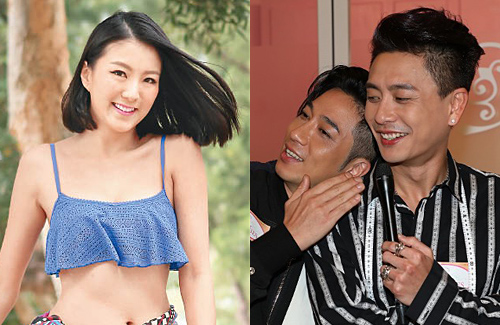 In the latest episode of Cooking Beauties <美女廚房>,  Bosco Wong (黃宗澤) and Ron Ng (吴卓羲) were invited as guest judges on the show. The show’s producers, however, kept the contestants’ names a mystery. Bosco was incessantly teased that his rumored girlfriend, Rose Chan (陳嘉桓), would be one of the episode’s contestants.

To the news, Bosco responded surprisingly, “Really? I didn’t even know this!” Ron jokingly shot back, “Even if you knew, you would pretend not to!”

Rose had spent the night at Bosco’s home in July, but he insisted that there were other friends present to watch the World Cup together. Bosco said that he had known Rose for a long time and only saw her as a friend.

When Bosco shared that he has been filming in Spain recently, the hosts teased whether Rose was given a key to help care for his home while he was gone. Bosco said, “I hired a domestic helper for that.”

In the previous season, Bosco was a guest judge for Toby Leung (梁靖琪) and Natalie Tong (唐詩詠). He recoiled while thinking of the experience, emphasizing that it was an unforgettable time. “I’m hopeful that this time won’t be as bad as the one last time! I didn’t eat beforehand because I am trying to stay hungry. That way, the food will seem tastier. I’m looking forward to what they will cook. I’ve heard that one dish is a little more complicated, so we might be in imminent danger! They should definitely prepare an ambulance outside.”