Since joining TVB in 2011, Rosina Lam (林夏薇) has worked hard throughout these 10 years to build a name for herself in hopes of stepping out of the shadows of her more famous cousin, Raymond Lam (林峯). With notable recent performances, including currently airing drama Battle of the Seven Sisters <七公主>, Rosina hopes to be considered for Best Actress at TVB’s Anniversary Awards. “Everyone wants an award, because it gives affirmation and encouragement to artistes,” the 34-year-old said candidly.

In her earlier years, Rosina had wanted to to study acting in Beijing, but her family was strongly opposed to her wishes and advised her to become a law student instead. Only when Rosina persisted in following her dreams, her parents became more supportive of her decision. After Rosina graduated from the Beijing Central Academy of Drama in 2009, she joined the Hong Kong Repertory Theatre as a full-time actress, but she was constantly labelled as “Raymond Lam’s cousin.”

Many believed that her entrance into the entertainment industry relied solely on relationships. “When people found out I was Raymond’s cousin, they began focusing on my family background instead.” Rosina believes that the title actually comes with a hidden pressure. “Although Raymond is my cousin, he told me that I would have to depend on myself. We are both individuals who have worked hard to where we are today. He is someone I look up to.”

Without letting gossip defeat her passion for acting, Rosina instead worked hard to perfect her performances. Since her TVB debut in Til Love Do Us Lie <結‧分@謊情式>, Rosina has won the My Favorite TVB Supporting Actress award two years in a row in 2015 and 2016 at the StarHub TVB Awards, as well as being nominated for other acting accolades.

When she married businessman Jason Mok (莫贊生) in 2015, he was very supportive of her acting career. Given that she wanted to regulate her health to prepare for a baby and have more life-work balance, she left TVB and signed with the station’s sister company, Shaw Brothers. 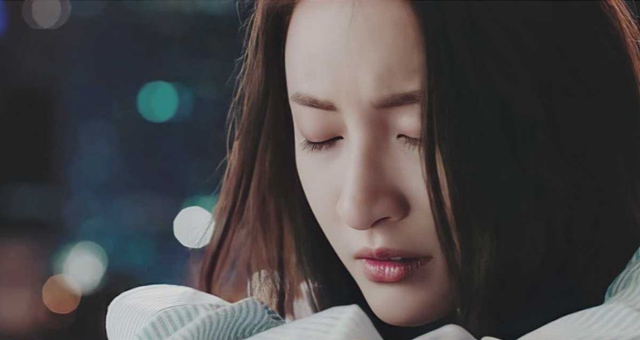 Rosina’s recent performances in Our Unwinding Ethos <十二傳說>, Barrack O’Karma <今宵大廈>, and Sinister Beings <逆天奇案> gained wide attention and paved her way to becoming a consistent leading actress in TVB dramas. “I am very happy, because I am finally receiving everyone’s approval in my work. People are finally removing the label [of Raymond’s cousin].”

Gaining “a sense of reassurance,” Rosina hopes to have a chance for Best Actress in this year’s TVB Anniversary Awards. “If there is a chance, I want to fight for it. However, there are a lot of factors that go into this decision, so it is best that I just do my part.”

When asked whether or not she feels under qualified for the Best Actress award, she responded, “I think we define our own standards of what level we are at. It really depends on the affirmation from our viewers and the professionals.”