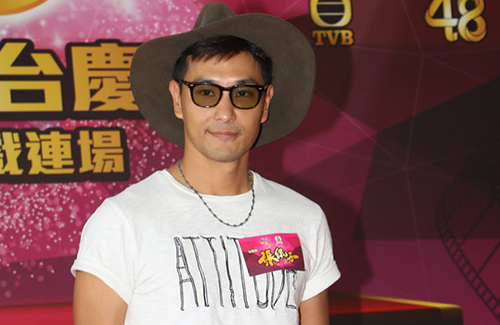 His performance in this year’s crime drama Eye In the Sky <天眼> was critically lauded. In addition to the yet-to-air Captain of Destiny, Ruco is touted as a hot favorite to contend for TV King. In a later phone interview, Ruco expressed that his villainous role in Eye In the Sky was a character that he has always wanted to try out. He believes that having a villain character in a story is excellent negative teaching material. He also added that as an actor, he wants to be able to continuously deliver different messages to the audience.

Ruco’s Captain of Destiny costar Tony Hung, who also worked with him in Eye In the Sky, said he supports Ruco to win Best Actor. Ruco said, “Tony and I are close. He’s worked with me the most since coming to TVB. We’ve starred in three dramas together.”

TAGS: Captain of Destiny, Eye in the Sky, Ruco Chan

22 comments to Ruco Chan Always Wanted to Play a Villain