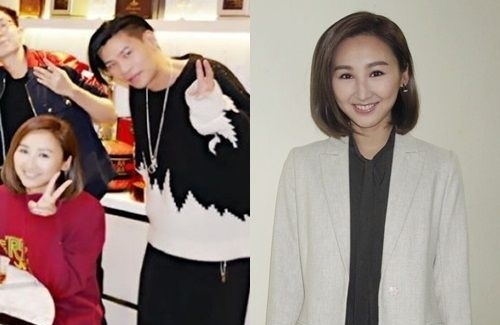 Samantha Ko‘s (高海寧) performance as the main actress in the new TVB drama, My Commissioned Lover <抱佣情人>, is garnering a lot of praise considering that it’s her first time playing the leading lady. Not only is her career taking off, but her relationship with the talented music director, Tang Chi Wai (鄧智偉), is also heading in a great direction. The 32-year-old actress is allegedly getting married to him in Europe next year.

Although the couple has been dating on the down low for many years, their relationship is an open secret in the entertainment circle. In fact, a close source revealed the pair is ready for marriage and plans to follow Priscilla Wong (黃翠如) and Edwin Siu‘s (蕭正楠) footsteps of secretly getting hitched abroad before announcing it in Hong Kong. Thus, Samantha took the opportunity to check out potential wedding venues in Barcelona when she traveled there with Ali Lee (李佳芯).

It is said that Samantha and Tang Chi-wai have been renting a place together in Ma On Shan, but Samantha plans on turning the flat that she bought two years ago into their new love nest after marriage. The unit, which she is currently renting out, is worth nearly $10 million now.

In regards to the marriage rumors, Samantha immediately shot them down and said the only part that was true was how talented Tang Chi-wai is.

Could wedding bells be ringing soon for the couple?