With the trend of TVB artistes shifting their focus to China for the larger market, Samantha Ko (高海寧) is a growing star in China. After her guest appearance in Nothing But Thirty <三十而已> was highly praised, Samantha began receiving multiple job offers in Beijing.

Wrapping up filming for new TVB drama Seven Princesses <七公主>, Samantha returned to Beijing to work on new web movie I Broke Up Because of Tan Tan <Tan Tan害我分了手>. Samantha was cast in the lead role after the producer worked with her in Nothing But Thirty and was impressed with her skills. The producer custom tailored the role for Samantha and treated her like royalty on the filming set. The team even arranged to have Samantha stay in a luxury suite at a five-star hotel during the filming.

The web movie originally finished filming in mid-November, but Samantha decided to extend her stay in China for her other work. Besides promoting Shaw Brothers miniseries The Impossible 3 <非凡三俠>, the actress also took part in various shows, livestreaming events, and variety programs.

Estimated to have earned a six-figure salary from her recent work in China, it is evident that Samantha’s status in China has increased significantly over the last year. Solidifying her star presence in China, Samantha was even addressed as “Ling Jie” by a staff member during one of her Douyin livestreaming videos.

“Nothing But Thirty”: There is No Such Thing as a Perfect Woman 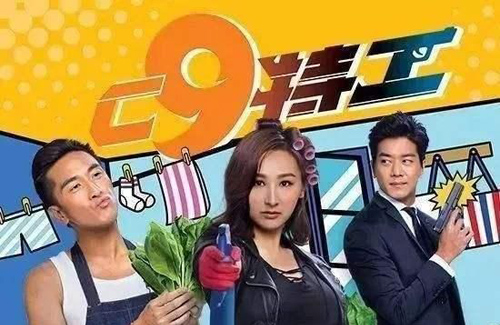 “C9” disappoints in its ratings despite its attractive cast consisting of Kenneth Ma, Samantha Ko, and Lai Lok Yi.