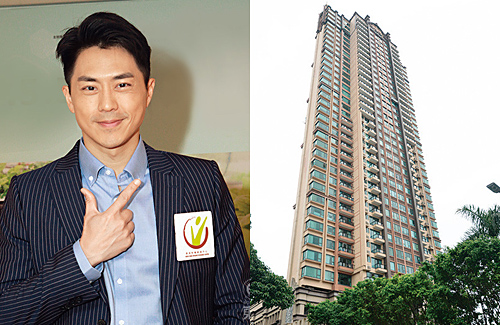 The 45-year-old actor has estates worth $50 million HKD.

Sammy Leung (森美) gives viewers the impression of being a kidult. Few know that the 45-year-old has been married to wife Veronica Chan (陳雅嫻) since year 2000 and has a happy family with a 15-year-old son and 12-year-old girl! The sole breadwinner of the family, he practices a prudent strategy in financial management and investments.

In an interview on TVB informative program Investment Tips <理財有道>, Sammy shared that while he is not adept at investments, he has a unique “stingy” strategy when it comes to wealth accumulation. A self-proclaimed financial management guru, the frugal star has saved up enough and owns $50 million HKD worth of estate assets, including two units in Kowloon City’s The Palace, a high-rise residence where his family lives.

In the industry for two decades, Sammy had been a radio DJ before taking on hosting and acting jobs at TVB. Besides these, he also has a steady stream of film, advertisement and commercial gig offers, earning an estimated income of up to $5 million HKD yearly.

Undeniably, the actor has a way with financial management. He shares his own set of unique philosophies on the program. While he admits he has as much knowledge of the stock market as the average Hong Kong housewife, some of his knowledge comes from watching TVB production The Greed of Man <大時代>. He was once active in the stock market when he first graduated from university, having bought blue-chip and penny stocks but did not manage to earn much profits at all.

Despite this, Sammy is well-versed when it comes to being a smart consumer. “In the past when I was young, I felt that the most basic principle of financial management is whether the money you’ve spent is worthwhile. I already had this concept since I was very young, and felt that it was a good habit and a kind of intelligence. But as I grew up, others told me that this was called ‘stinginess’.”

Sammy felt that those who were so-called ‘stingy’ were not swayed by emotions easily, and knew how to spend wisely. For example, Sammy and his wife once gave each other branded timepieces as mutual birthday gifts, which have since appreciated in value.