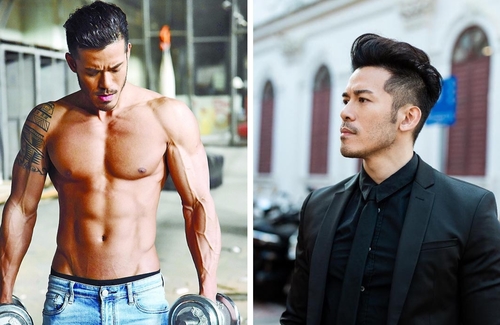 Once a heavily promoted TVB actor, Sammy Sum‘s (沈震軒) decision to pursue opportunities elsewhere led him to be frozen by TVB before the end of his contract. After more than three years since the broadcast of his final project with TVB, Come With Me <性在有情>, Sammy is returning to the small screen in Hong Kong. At the end of last year, Sammy announced he signed with Shaw Brothers to develop his music and acting career. Since then, rumors of Sammy shooting a TVB drama began swirling.

Recently, he confirmed the news in a phone interview. “I will collaborate with TVB and shoot a new drama with them,” Sammy revealed.

However, he did not address his reason for working with his former company again. When the interviewer asked whether TVB gave him a raise or not, Sammy expressed many details are not finalized yet, but he’ll let everyone know as soon as there is good news.

In the eight years that Sammy was at TVB, he participated in over 50 dramas, but TVB didn’t promote him until near the end of his contract. However, TVB froze him due to contract renewal issues when they got wind of his plans to jump ship.

Luckily, Sammy was already gaining recognition for his movie roles, and his performances caught the eyes of Paco Wong (黃柏高). Hence, in 2017, Sammy signed with Sun Entertainment to further his music career and step foot in Mainland Chinese productions.

Sammy Sum’s Aunt Calls Him Out as Ungrateful