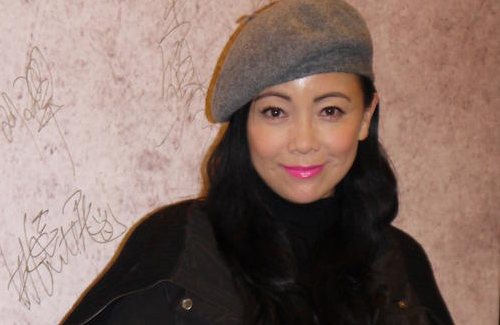 Last month, it was reported that Sheren Tang (鄧萃雯) was cast in an upcoming HKTV remake of TVB’s Armed Reaction <陀槍師姐> , an installment which spawned three successful sequels. The reports stated that she may star in the drama alongside Flora Chan (陳慧珊) and Ada Choi (蔡少芬), who were reportedly in talks to join the cast.

Sheren debunked the casting rumor yesterday while she was at a press meeting to support the theater musical DOGs, which stars good friends Mimi Lo (羅敏莊) and Alice Lau (劉雅麗). Regarding filming for HKTV, Sheren said, “I was never cast. The media made it up.”

She admitted that HKTV approached her several times for a collaboration, but she turned the offer, explaining that she has not come upon a good script yet. “The scripts sent to me weren’t the ones I was looking for. I want to film dramas with societal themes, such as stories that talk about Alzheimer’s care or depression. Hong Kong people have too much stress, and I believe that everyone can relate to these kinds of themes, and by talking about them, we can open more minds.”

Many of Sheren’s colleagues who have filmed for HKTV have urged her to film for HKTV soon, including Maggie Cheung Ho Yee (張可頤), who starred in HKTV’s Hakka Women <客家女人>. “They’re all very passionate. I have no problem working with any of them!”