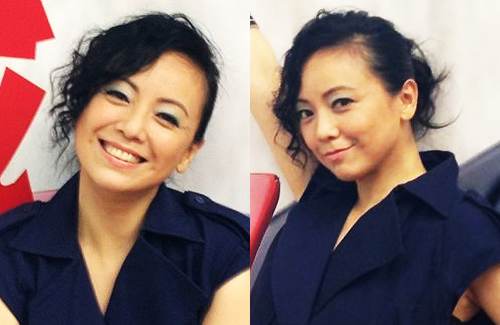 As the ratings for Beauty at War <金枝慾孽(貳)> dipped to 18 ratings points and lost disinterested viewers, Sheren Tang (鄧萃雯) reportedly regretted filming for the drama. In news reports, Sheren was quoted to have criticized the production team for not having the script ready and TVB in not including her in promotional events for Beauty at War. Tired of tabloids’ distortion of her statements, Sheren fired back in a Weibo post yesterday.

Sheren recalled that when War and Beauty <金枝慾孽> first aired nine years ago, tabloids had also accused her of not getting along with female costars. Sheren criticized the press for sensationalizing recent reports, “Nine years ago and nine years later, the media have put [me] on the cusp, matching the harem tactics of Consort Yu in the drama.  Consistent with the power struggles of the palace, [the press] discredited the female cast by claiming they fought over awards.”

Sheren added that the Hong Kong media was playing out rumors which are damaging to the cast, “The sequel speaks about rumors capable of committing invisible murders. Outside of the series, there are also [rumors of me] refusing to participate in promotional events because of poor ratings, adding intentional insult to injury, and not getting along with [the female cast]…. The theme of Beauty at War is so realistic; if it cannot be understood, then wouldn’t [the viewers] have fallen to evil intentions?”