Sisley Choi: “My TVB Contract is for a Reasonable Time” 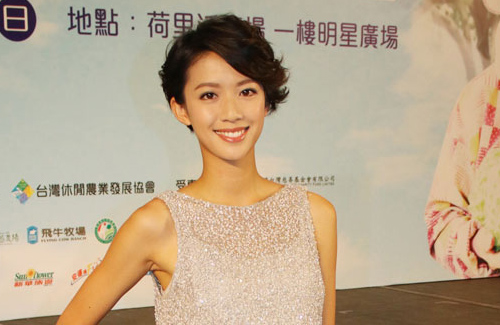 With the exodus of established TVB artistes such as Myolie Wu (胡杏兒) and Kate Tsui (徐子珊), TVB has been scrambling to groom a new crop of leading ladies. As the station often promotes Miss Hong Kong pageant winners, it was reported that TVB extended their contracts by an additional ten years. Although heavily promoted by TVB, Sisley Choi (蔡思貝) stated that she was not approached by the station to extend the initial contract period.

“I signed my contract very early on. They didn’t ask me to extend it. I can’t reveal the exact contract period, but it’s for a reasonable amount of time.” With her romantic life often making headlines, Sisley insisted that she is very career-minded and will not consider marriage now. “I only want to work now. I feel very lucky that TVB signed me.”

After filming Speed of Life <當鐵馬遇上戰車> and Fashion War <潮流教主>, Sisley is currently working on Purely An Accident <純熟意外> with Lawrence Ng (吳啟華).  Earlier reports claimed that the pair, who possesses a 27-year gap, did not get along.

However, Sisley and Lawrence’s relationship may not be as distant as initially reported. Last week, the pair was spotted filming in Happy Valley. Lawrence, who has partnered with many youthful actresses in the past, shared jokes with Sisley, causing her to laugh easily.

Sisley also got along very well with 81-year-old actor Chow Chung (周驄), but Lai Lok Yi (黎諾懿) isolated himself and sat inside a car while talking on his phone in a serious tone.

2 comments to Sisley Choi: “My TVB Contract is for a Reasonable Time”