Sisley Choi’s Childhood Dream Was To Be a Police Officer 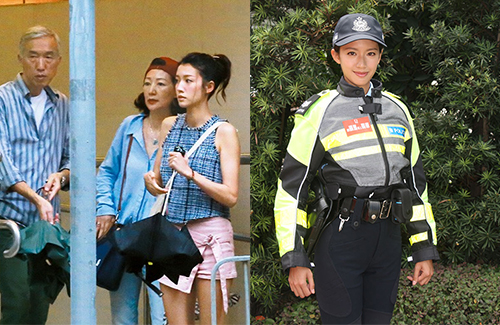 The Defected won’t be her last relationship with the force either. In the upcoming TVB drama Airport Strikers <機場特警>, Sisley plays a member of the Airport Security Unit, responsible for airport security. For the television film Police Story 2019 <警察故事2019>, Sisley is a WPC of the Police Tactical Unit (PTU).

Sisley’s consistent portrayals of law enforcement is both through hard work and experience. Her father is a policeman, and Sisley had spent her childhood in the police dormitories of North Point. To become a police officer used to be Sisley’s dream. When she was younger, she would follow her father to attend barbecue events hosted by the police department or her father’s colleagues. Three years ago when Sisley was filming Speed of Life <鐵馬戰車>, her father helped her connect with some colleagues at the Traffic Branch Headquarters so she could do more research for her role.

“I really thought about being a police officer when I was younger,” she said. “I thought it was a great idea. I get to go to cadet school and receive training. But in the end, I decided to audition for Miss Hong Kong instead.”