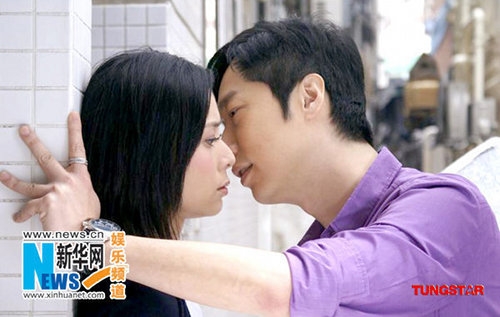 Steven Ma Chun Wai and Sonija Kwok Sin Lei’s TVB series, 7 Days in Life <隔離七日情> will be broadcast at the end of January in Hong Kong. In the series, Steven will share bed scenes with Sonija and Koni Lui Wai Yee will be seducing him. The women will often become jealous of each other due to their interest in Steven. In real life, Steven noted that he did not have a colorful fate with women and did not desire one.

Due to the broadcast of Steven’s series’ Links to Temptation and 7 Days in Life during the Christmas and Lunar New Year holidays, Steven has been nicknamed “Blue Chip Stock.” The moniker refers to Steven’s solid value and reliable performance used to boost the holidays’ normally sluggish ratings performance.

Jayne: This article had a positive spin on the broadcast of Steven’s series in the December/ January timeframe. In another tabloid, Steven was allegedly angered by having his series airing during this time of the year. Not only do the series get lower seasonal ratings, the series aired during this timeframe tend to be forgotten during the TVB Anniversary Awards as well.