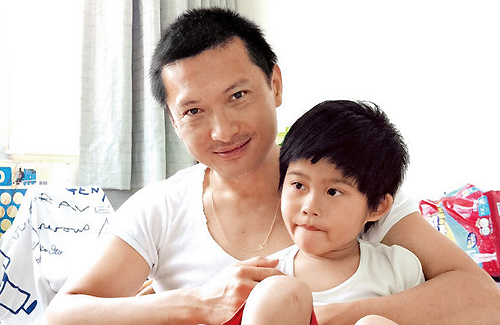 Sunny Chan (陳錦鴻) and Ada To (杜雯惠) were proud parents when they learned that their seven-year-old autistic son, Edgar Chan (陳駕樺), was  the top student among his peers. Moderately autistic and enrolled in a mainstream primary school, Edgar received impressive school grades and is ranked number one in his grade level.

Having always believed that their son can overcome barriers despite his autism, Sunny and Ada were determined parents who placed in all efforts to help and support Edgar. When Edgar could not speak at two years old and was diagnosed to be autistic, Sunny reduced his workload to help Edgar learn and communicate better. Throughout the years, Edgar made remarkable improvements and achieved several accomplishments. Under his parents’ attentive care, he became a highly successful student who has also gained the acceptance of others.

Ada happily expressed, “The rank does not really matter. The most important thing is that autistic children are not hopeless. They have the opportunity to receive mainstream education just like other children.”

Maintaining an optimistic mindset about autistic children, Ada continued, “Although they are unable to immediately grasp social situations, they may be able to find different ways to communicate with others. From that, they can obtain their own sense of happiness.