“The Monkey King 3” is a Box Office Disappointment 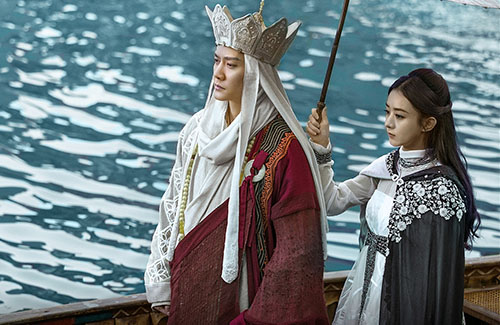 Perhaps viewers have gotten tired of the story, or maybe the film was just that forgettable. The Monkey King 3 didn’t break records when it first premiered on Lunar New Year, and it took the film three days to gross 500 million yuan. It is by no means a small number, but considering its 550 million yuan production budget, the film needs to earn at least 1 billion yuan to make back its budget

The Monkey King 3 hasn’t been well-received by critics either. Many netizens left one star rating on the film’s official Douban page, calling the film “messy” and “unfunny.” Despite its all-star cast, including William Feng Shaofeng (冯绍峰), popular TV starlet Zanilia Zhao Liying (赵丽颖), and special appearances by Liu Tao (刘涛) and Lin Chi-ling (林志玲), the film failed to capitalize on their fanbases. Many critics believed Zanilia to be a miscast to play the leader of the women’s kingdom, saying she lacked the aura of a ruler. Netizens said the film focused too much on William and Zanilia’s unconvincing romance than the other characters, namely Tang Sanzang’s disciples. Gigi Leung’s (梁詠琪) special appearance as Zanilia’s advisor was critically panned, with viewers claiming that her look was too similar to Helena Bonham Carter’s look as the Red Queen in 2010’s Alice in Wonderland.

It’s hard to describe what kind of film The Monkey King 3 actually is. The film’s story was sacrificed for impressive computer graphics. It was neither funny nor romantic. The ending left many viewers unsatisfied. Those who expect to see Tang Sanzang and his disciples fight demon battles may come out disappointed.