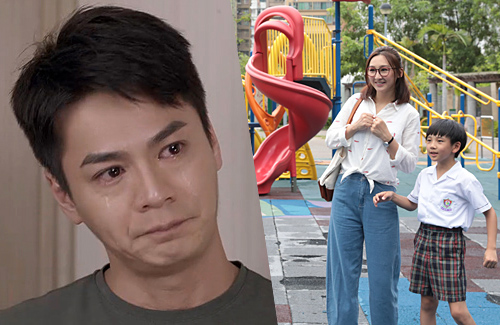 Though Him Law is praised for his acting in emotional scenes, the actor is unable to save the low ratings for “The Witness”.

Heading towards the end of 2020, recent TVB dramas Go! Go! Go! Operation C9 <C9特工> and The Witness <木棘証人> have tanked in viewership ratings.

Airing its finale on October 16, Go! Go! Go! Operation C9 was ranked the lowest in ratings for the entire year, only averaging 20.8 viewership points during the drama’s broadcast. Although the series featured TV King Kenneth Ma (馬國明) and Samantha Ko (高海寧), the two stars were unable to save the unpopular show.

Taking over the 9:30 p.m. time slot after Operation C9 completed its run, Him Law’s (羅子溢) The Witness received better reviews than its predecessor. Although both dramas are created by the same producer, Leung Yiu Kin (梁耀堅),  there are major differences as to why viewers prefer The Witness despite it only garnering 21.4 points in its initial week of broadcast. Operation C9 featured flashy action scenes but a weak storyline, while The Witness has more room for character development and allows actors to showcase their acting abilities. The Witness also includes funny and lighthearted scenes throughout the episodes, making it more enjoyable to watch overall.

During the same week ending October 25, Chinese drama The Song of Glory <錦繡南歌> fell to 20.6 points. As the drama is nearing its finale, it is expected that the drama will most likely break this year’s record for being the lowest-rated series on TVB prime-time television.