Vincent Wong Is More Than Just A “Brick Slave” 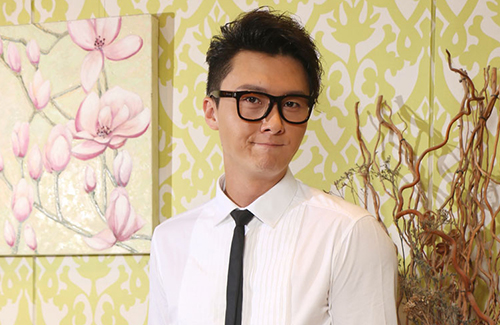 Brick Slaves <樓奴> is Vincent Wong’s (王浩信) first TVB drama as the lead. In the light-hearted comedy series, Vincent carries an astounding amount of debt in order to pay for the mortgage of his flat. The characters and stories of the series reflect Hong Kong’s current society, in which many citizens are also struggling with the staggering raise of real estate prices.

“My character is actually doing much better than myself,” Vincent said. “I’m not even qualified to be a brick slave. I’m still trying to save money for the down payment! My target isn’t very high. Just about 500 to 600 square feet!”

Unlike his character, Vincent finds it fortunate that he does not need to make a choice between dream and reality. “Fortunately for me, my career is already my dream. I didn’t need to go through this painful step.”

The 32-year-old actor said he has learned a lot from his character while filming the series. “At first, I didn’t think starter homes are necessary, but now that I have a family, it’s a necessary step to take.”

Many Hong Kongers tend to invest their money in stocks to pay for the down payment of their new homes, but Vincent said he is too scared to try that. “My mother works in the insurance industry. She’s helped me with my investments before, but when it comes to something risky like investing in stocks, that’s just the equivalent of me tossing my money out to the sea.”

Vincent said he leaves his wife, actress Yoyo Chen (陳自瑤), in charge of the family’s finances and investments. “She’s much better at it than me,” said Vincent. “One of her dreams is to have her own walk-in closet. I hope that dream gets fulfilled.”

Though Vincent is a few steps away from completing his dream, as long as he has his family, nothing else matters. “This is going to be old-fashioned, but the most important thing about a home is the people. As long as everyone is around, then a home can be anywhere.”