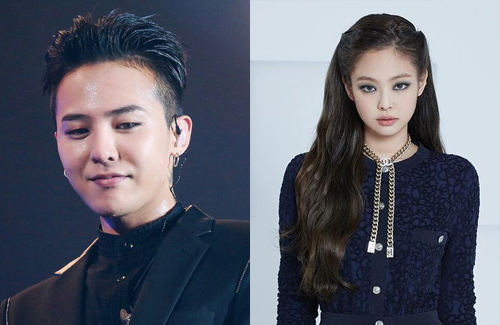 Korean outlet Dispatch  reported that G-Dragon and BLACKPINK’s Jennie have been dating for a year. The two stars are label mates at YG Entertainment, and Jennie starred in G-Dragon’s “That XX” music video in 2012. The couple was recently photographed going on dates, and Jennie visiting G-Dragon’s penthouse in Seoul. Given the heightened attention on their relationship, fans dug through G-Dragon’s past interviews to understand the reason behind the couple’s secrecy.

In the past, the media romantically linked G-Dragon with Japanese models Kiko Mizuhara and Nana Komatsu, and Korean singer Lee Joo Yeon, but G-Dragon never responded to any of the speculations and continued to put his attention to his music career.

In a radio show in 2016, G-Dragon shared his reasons for not revealing his relationships, “I am a public figure. Thinking from the other person’s point of view, they would be more negatively impacted [by the public announcement]. If my girlfriend wants to go public, I will agree to make it public. However, while the public has the right to know, I do not have an obligation to disclose.”

Both G-Dragon and Jennie did not respond to the dating speculations, and YG Entertainment gave little details on the stars’ relationship, “We do not know anything about the artistes’ private matters.”

While G-Dragon’s view on his privacy is reflected in YG Entertainment’s official statement, many fans believe the dating news to be true. Many flooded the stars’ social media page with congratulations, while some were shocked by the development and openly criticized the stars for their secrecy.