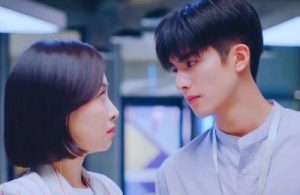 Gaining fame with his performance in Find Yourself <下一站幸福>, actor Song Weilong (宋威龙) is considered to be highly capable of replacing Sean Xiao’s (肖战) position as the hottest actor in the industry. Given that high commercial value stars can easily be replaced by any new breakout star nowadays, it’s unsurprising that Weilong is said to be next in line. With his attractive appearance and decent acting, the 20-year-old actor can very well climb up the ranks if he comes across the right role in his next project.

However, some netizens are currently having heated online discussions on Weilong’s ability to maintain his popularity. Some comment that he might not be able to, as there have been many actors who shot to stardom overnight, but failed to ride the wave. For example, Zhu Yilong (朱一龙), who became wildly popular during the broadcast of Guardian <镇魂> eventually lost the interest of viewers after the drama ended despite his considerably large fanbase.

Similar to Yilong and other actors such as Sean, Wang Yibo (王一博) and Li Xian (李现), Weilong’s popularity have also considerably lessened after Find Yourself ended. As actors have replaced each other as the trending star, then it is reasonable to predict that Weilong will have difficulty keeping his status. But, if he were to follow the steps of Deng Lun (邓伦), who faced the same problem and resolved it by continuing to film more dramas, then there is hope that he can achieve greater success.

Also, the majority of netizens believe that Weilong will replace Sean since the latter is currently embroiled in a censorship controversy, and all of his works have been put on hold. Despite this, some have their reservations and expressed that it’s too early to tell because Sean still has projects that have yet to be released.

Netizens Complain Song Weilong is Too Skinny in “Find Yourself”