Wu Chun Considers Appearing With His Children On Screen 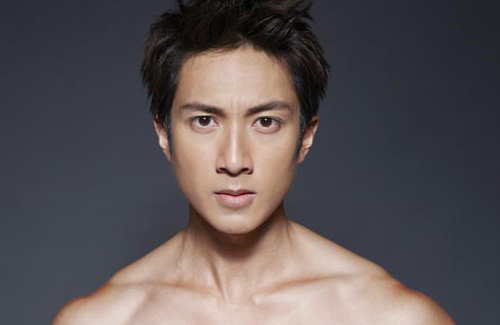 Since publicly revealing his status as a married man with two children, Wu Chun (吳尊) has been speaking freely about his fulfilling personal life. Although he has kept his family out of the limelight in the past, the thirty-four-year-old is now open to the idea of showing his children off in public, provided that they only appear as themselves.

Wu Chun shocked his fans on October 1 when he admitted to being married to childhood love Lin Li Ying (林麗瑩) since 2009. The happy couple also have a three-year-old daughter Nei Nei, born in 2010. The next day, he announced that his wife is expecting their second child, a son, and became a father once again on October 11. Although some accused him of using the news to promote his new book, Ignite Courage <決定勇敢>, a majority of fans remain supportive and happy for their idol.

Continuing his book tour in Beijing on December 7, Wu Chun shared a bit more about his views on fatherhood. Currently filming Mainland epic Yang Guifei <楊貴妃> with Fan Bingbing (范冰冰), Wu Chun confessed that he misses his newborn son a lot, and video messages home to see him as often as possible.

Despite having parenting experience under his belt, Wu Chun is still nervous about making good choices. He admits to spending much time planning his children’s lives, even thinking about their possible college majors. Although he sounds like a helicopter dad, Wu Chun is intent on giving his children fun lives and would consider bringing his daughter onto popular Chinese reality show Dad, Where Are We Going? <爸爸去哪兒>.

Based on its original Korean concept, Dad, Where Are We Going? brings together five celebrity fathers and their children, ages ranging from three to six. These five teams are sent to rural, remote areas for a survival challenge. The fathers must complete various missions and games with their children in order to gather food, toys, and other resources needed before proceeding to the next area. The show became an instant hit with Chinese audiences and made its stars, such as Jimmy Lin (林志穎) and his son Kimi, the talk of the town.

Although he has yet to watch the show, Wu Chun would consider participating with Nei Nei if he finds its themes appropriate. He prefers to use the show only as an opportunity to spend play time with his daughter, saying, “I would not let her participate if she is sent there as an actor. She is still so young, it would be difficult to involve her in these grown-up matters.”