Since wrapping up, Tencent’s’s wuxia romance Novoland: Pearl Eclipse <斛珠夫人> left many viewers in an emotional state, as they described it to be a beautiful but torturous sad love story. Drawing attention for her detailed performance, lead actress Yang Mi (楊冪) shared her most unforgettable scenes in the series.

From the moment Yang Mi read the script, she knew the story would be painful and heartbreaking.  Playing Fang Haishi, who was in love with her master Fang Zhu (William Chan (陳偉霆),, Yang Mi was moved by their deep mutual affection. Unfortunately, the couple faced an invisible barrier given how loyal Fang Zhu was to the emperor.

Asked if she would love a man like Fang Zhu in real life, the actress bluntly answered, “No, I won’t like to have such a tiring and difficult relationship,” expressing her exasperation over two people in love and yet unable to fulfill their happiness. 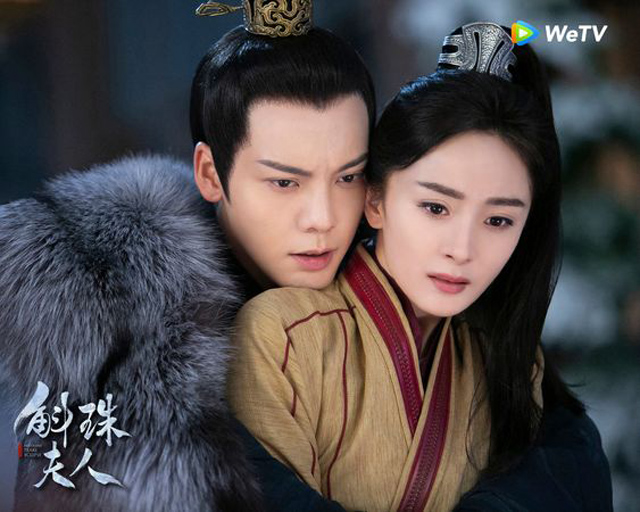 The Most Challenging Times

Besides the angsty romance, Yang Mi also revealed the difficult yet unforgettable experiences of crossdressing as a young man in the early episodes. Although she looked dashing in male costumes, Yang Mi  shared, “I suffered eczema because it was so tough having to wear heavy armor, and fight during the hot weather. The most challenging and memorable was filming the underwater scene. I filmed it on my birthday, and I was so exhausted from being soaked in the water that I was knocked out early that night and didn’t get to reply to all the birthday wishes.”

While it was tough in many aspects, Yang Mi enjoyed portraying the maturation of her character and getting to work with William again. Since this was their third time working together, she was glad that filming went smoothly because of their existing friendship.