Yang Mi Will Not Lend Money to Friends 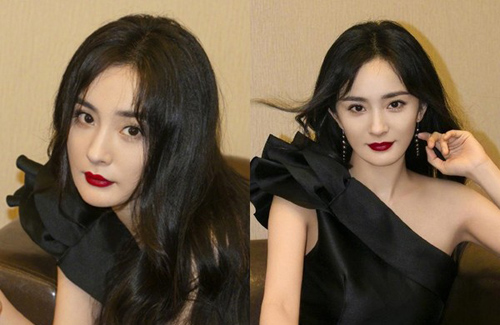 As one of China’s most popular and prolific actresses, Yang Mi‘s (杨幂) wealth is staggering. The 33-year-old star’s business acumen is widely known, and her production studio Jay Walk Studio has released blockbuster dramas such as Eternal Love <三生三世十里桃花> since its establishment in 2014. Despite her financial success, Yang Mi is fierce in her belief to not lend any money to friends.

Recently invited on talk show My Dear, Please Relax <亲爱的，请放松> hosted by Wayne Zhang (张大大), Yang Mi shared her views on lending money. Wayne had asked if she would help her friends financially, and Yang Mi firmly said no.

It seems like a surprisingly selfish response from someone who is worth 4.5 billion Hong Kong dollars, but Yang Mi has her own reasoning. “I usually will not lend people money. For example, if I lend a friend HK$20,000, they may think, ‘You’re such a big star and you have so much money anyway–you don’t need the money back, right?’ I don’t want to be guilt-tripped and feel morally obligated to lend everyone money. Luckily, no one has asked to borrow money yet!”

Rather than having to deal with the awkwardness of asking a friend to return a loan, Yang Mi would rather prevent this from happening and not let money ruin friendships. Netizens were in full agreement with Yang Mi’s stance, commenting, “If the situation is not handled well, it can lead to a lost friendship” and “Money causes the most problems in a relationship.”

5 comments to Yang Mi Will Not Lend Money to Friends