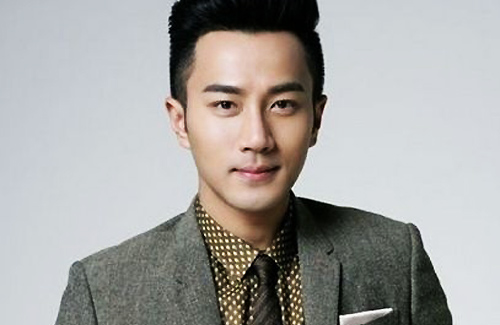 In Heading North, Hawick plays Xiangbei, a boy who originally lived in a very happy household. When he was 8 year old, his maternal grandfather was framed and the family’s factory was set on fire. As a result, Xiangbei’s father abandoned the family, and his mother passed away not long afterward. From that time onward, his grandfather would remind him that, when he grew up, he needed to get revenge.

After Xiangbei grows up and enters the company of his enemy, ready to exact revenge, he meets Yinian, his enemy’s daughter. With a warm disposition, Yinian is like a ray of sunshine toward which Xiangbei cannot help but be drawn. Nevertheless, he still finds himself unable to forget his feelings of hatred.

Although the sadomasochistic themes and “Romeo and Juliet” plot may cause some to dismiss Heading North as a repetition of Hawick’s drama, Sealed with a Kiss <千山暮雪>, in which he portrayed a CEO intent on revenge, Hawick feels that this new drama is “even crueler.” However, he assures audiences that, unlike in Sealed with a Kiss, there will not be any scenes that are too violent.

Because Heading North is following on the heels of the surprisingly successful Sheng Xia Wan Qing Tian, Hawick inevitably feels a bit pressured to deliver similar results. “When I [produced] my first series, I didn’t really think of the results,” he revealed. “I never imagined that, in the end, it would be so successful…. Right now, I have to take the ratings into consideration to some extent.”

As the producer, Hawick participated in many of Heading North’s artistic aspects, such as the outline of the screenplay, the arrangement of the cast, the directing team, and the post-production. He shared that one facet that was causing him trouble was how to end the series: “The script already includes the final episode, but everyone’s thoughts about it are different. The majority of them prefer to have a happy ending, but I think an ending that’s ‘cruel to the very end’ will leave a deeper impression on people.”

Since Hawick is involved in selecting the cast, some people were surprised that he did not cast girlfriend Yang Mi (楊冪) as the female lead, opting instead for mainland Chinese actress Zhang Li (張儷). In response, Hawick said that Zhang Li, with whom he’d previously worked on The Four Scholars of Jiangnan <江南四大才子>, was more suited for the role.

“Of course I’d like to collaborate in every series with Xiao Mi,” he said. “But the role of Yinian doesn’t suit her very well. Zhang Li…is a lively and silly ‘elder sister’ type, and she suits the role of the warm and sunny Yinian very well.”

When asked if he ever feels under pressure for dating Yang Mi, since their relationship will inevitably attract more attention than his filming endeavors, Hawick seemed quite at ease. “At the time, we made our relationship public because we hoped to get everyone’s blessings,” he said. “Although we always get photographed wherever we go now, it’s at least better to be able to fully relax when we date, instead of like before, when we had to think of ways to hide when we spent time together.”

Despite being in a happy relationship with Yang Mi, Hawick revealed that they are not yet discussing marriage. “Xiao Mi and I both just want to properly date each other for now,” he shared. “I’m very glad to have her by my side, and to have someone, apart from my family, who understands me. We are not just a couple – she is someone with whom I can share things, whom I can talk to, whom I can support.”